Kevin Whitcher from The Gooner fanzine recalls three of his favourite memories of North London derbies from the past.

The first North London derby of the season takes place on Sunday afternoon as Arsenal come to blows with Tottenham Hotspur at the Emirates.

Encounters between the two have been tasty, particularly in recent years and it is a derby encounter that never fails to disappoint.

Ahead of the game between Unai Emery’s side and Mauricio Pochettino’s men, FansBet caught up with Kevin Whitcher, of The Gooner fanzine, to find out his three favourite North London derby clashes from his time supporting Arsenal. 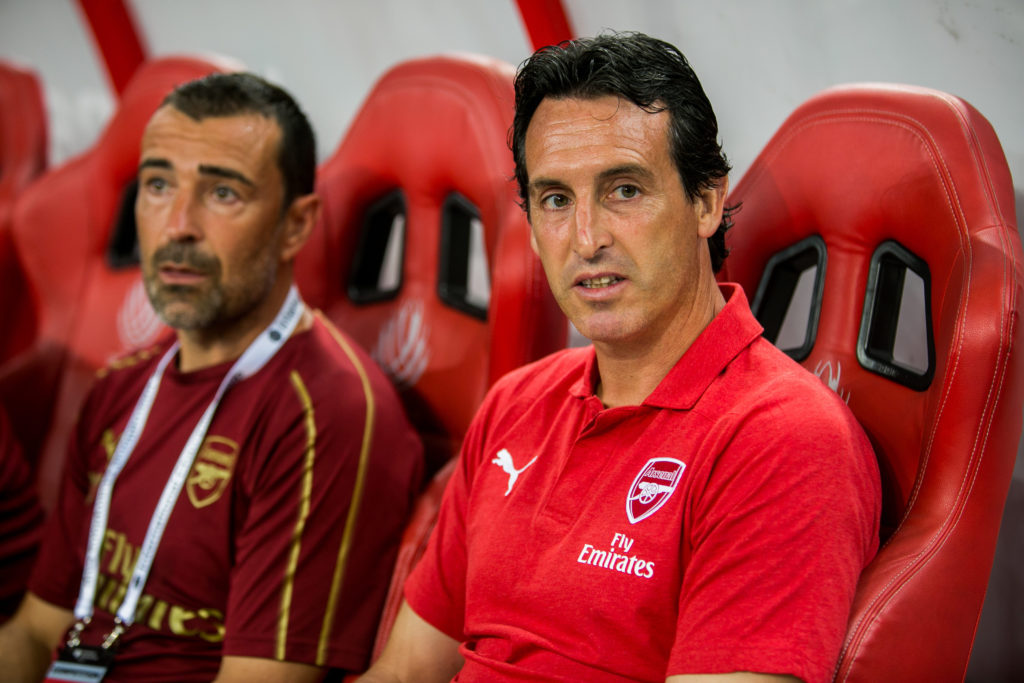 ARSENAL VS TOTTENHAM HOTSPUR – ALL THE ODDS

Spurs had won the first leg of this semi-final at Highbury 1-0. The return game echoed what would happen in the replay, as Arsenal won 2-1.

In the replay, things did not look promising as Charlie Nicholas was injured by a bad tackle and carried off, leaving Arsenal with a frontline pairing of Niall Quinn and substitute Ian Allinson.

The latter had flitted in and out of the first team over the previous three seasons and not pulled up too many trees. The mood darkened in the away end when Spurs went one up before half time and there was of course the now infamous half-time tannoy announcement informing the home supporters of how they could get their tickets for the final.

Emery’s commitment to playing out of the back…

✅Worth sticking with it, believing the players will become better at executing it?

❌Or do Arsenal not have the right players at present?

Arsenal spoilt that script in the second half as first Allinson equalised and not too long after David ‘Rocky’ Rocastle wrote himself into Arsenal history by nabbing a notable winner.

Those who were in attendance were mightily relieved that the game did not go to extra time, such was the overcrowding in the away section behind the goal.

Nevertheless, the celebrations when Rocky scored were incredible and the Gunners progressed to a Wembley final where they won their first silverware in seven years, the first of many trophies under George Graham.

The context of this game cannot ignore what occurred two years previously, a dark day for Gooners when, on for a League and Cup double, Spurs upset the odds by defeating them 3-1 in the FA Cup semi-final.

Two years on, and it was a case of either revenge or the unthinkable.

This time, Arsenal got their tactics right, and Spurs were without either Paul Gascoigne or Gary Lineker.

It was a bright sunny day, unlike the overcast symbolically grey weather in 1991.

And it was a very tight match of few chances, which probably bored the pants off any neutrals watching.

Not that it mattered to the Gooners packed into Wembley. Captain Tony Adams scored a decent amount of goals against Spurs in his time, but none was more important than the one he got this day.

Arsenal had a free-kick and before it was taken, Ian Wright ran to the sidelines to change boots.

This seemed to cause a little confusion in the organisation of the Spurs side when he re-entered the fray and Tony Adams ran in late unmarked to take advantage and head the cross from Paul Merson into the net.

From that moment on, it was classic thou shalt not pass football from George Graham’s side as the noisy neighbours were unable to fashion a response.

It was their turn to feel as bad as Gooners did two years before. He who laughs last laughs loudest, as I believe The Joker once said in a Batman story! 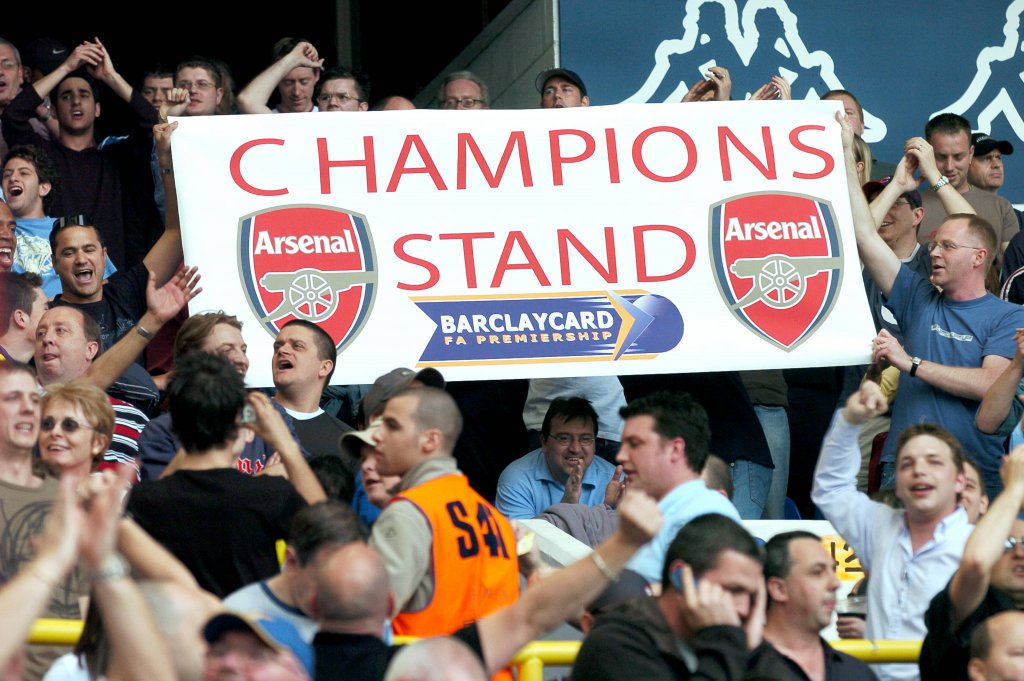 Arsenal fans travelled to the Lane for this Sunday afternoon match as Chelsea’s game at Newcastle was in progress.

A surprise Newcastle win meant that Arsenal needed just a point to win the title.

Given Arsene Wenger’s were also unbeaten at that point in the season (with five matches remaining), Spurs had plenty of motivation to spoil the party by winning this match.

The Gunners looked utterly imperious in a first half that saw them score two goals, courtesy of Vieira (after only three minutes) and Robert Pires.

At 2-0 up, they eased off the gas a bit in the second half and allowed Spurs to pull one back.

Deep into injury time, Jens Lehmann was unhappy being jostled by Robbie Keane as Spurs prepared to take a late corner and conceded a needless penalty by shoving Keane to the floor.

Whether or not this was because they had avoided defeat or mistakenly thought they had denied Arsenal winning the title on their home patch for a second time I’ve still not worked out to this day.

All I will say is that I cannot recall too many times I’ve seen a set of fans so delirious over gaining a point at home.

The celebrations of more meaning went on in the away section once the full time whistle was blown and Arsenal were confirmed as champions.

The players celebrated in front of the travelling support, went into the dressing room and then came out again for more as Gooners were not going anywhere, even if the police were letting them out.

It was a little hairy when we finally did make our exit some half an hour later, but worth it to witness the crowning moment of a glorious campaign.