Can Arsene Wenger sign off in style with victory in Europe?

If it wasn’t already a significant enough game, Arsenal’s Europa League semi-final first leg at home to Atletico Madrid has taken on greater meaning in light of the last week’s events.

Friday’s shock announcement that Arsene Wenger will step down at the end of the season means that not only does the Europa League represent Arsenal’s last shot at Champions League football for next season, it’s also the Frenchman’s final chance to win silverware after 22 years with Gunners.

When Arsenal were drawn against Diego Simeone’s Atleti side the groans from the red half of North London were almost audible. This was the nightmare draw for a side with fragile form and brittle confidence.

But confirmation of Wenger’s impending exit could be the catalyst the Gunners need and what better way for the 68-year-old to bow out than by catapulting Arsenal back into the Champions League against all odds?

Our friends at Football Whispers have previewed Thursday’s game by looking at the key battles, facts and figures you need.

Fancy Arsenal to win the Europa League? The Gunners are priced at 3/1 with Fansbet to win the competition.

With sixth the best Arsenal can hope for in the Premier League, Wenger has been able to put all his resources into the Europa League and rested several key players in Sunday’s 4-1 win over West Ham United.

Pierre-Emerick Aubameyang is ineligible as Borussia Dortmund entered the competition after elimination from the Champions League. It means Alexandre Lacazette should lead the line.

The Frenchman, who was Arsenal’s record signing until the Gabonese joined in January, has only played 151 minutes in Europe this season but with six in his last six, he will be unleashed against Atletico.

Atleti have several injury issues for this tie, not least right-back Juanfran (hamstring) who is set to miss out. That will force Simeone into a reshuffle with Sime Vrsaljko the most likely candidate to fill in.

Having stuck with the 3-4-2-1 system he introduced at the end of last season following a humbling defeat at Crystal Palace, Wenger has returned to a 4-3-3 shape in recent weeks with Ozil’s absence enabling him to do play without a No.10.

If the German is passed fit to face Atleti there could be a reshuffle, but with Wilshere also a doubt and Elneny sidelined, the Gunners are short of personnel in the centre of midfield. 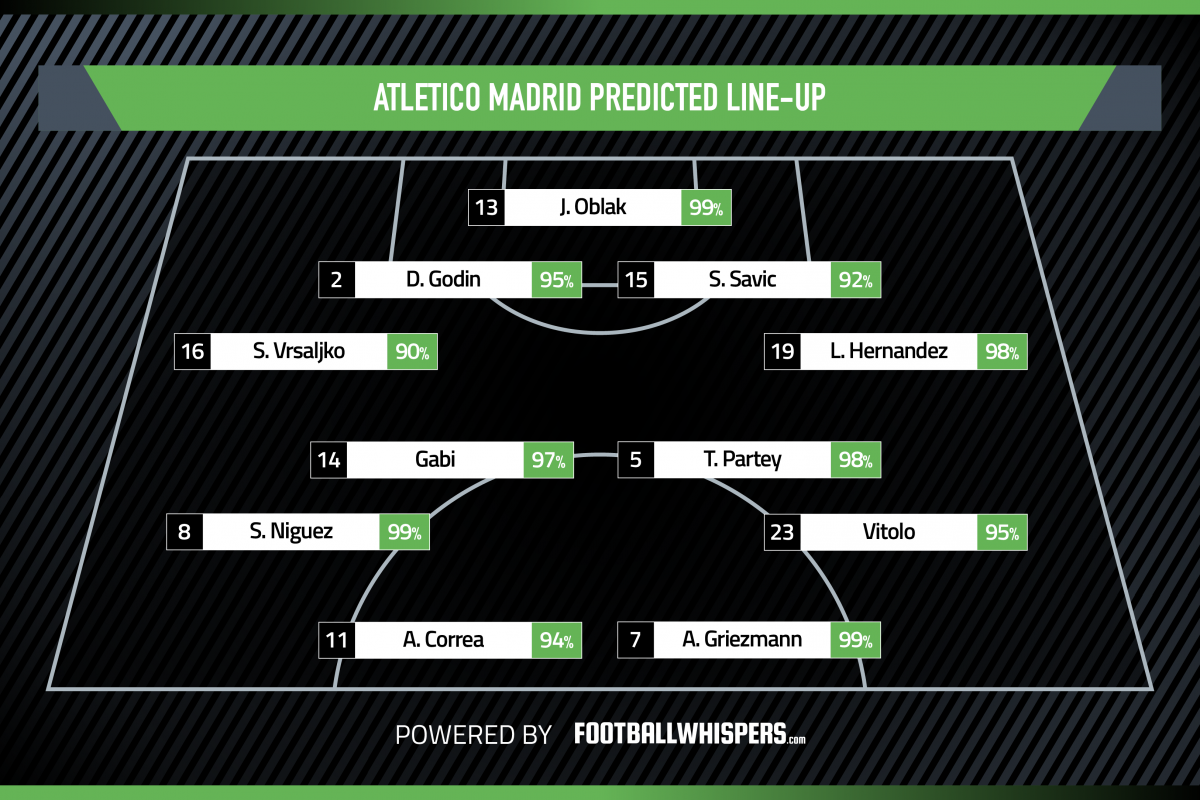 Simeone’s Atletico are every bit as wedded to their tactical plan, though it is the polar opposite of the easy-on-the-eye passing football Wenger preaches.

The Argentine’s side are strong, physical, organised and direct. Atletico have deviated from Simeone’s preferred 4-4-2 at times this season but are always set up with two compact, narrow banks of four.

Atletico direct most of their play down the flanks â€“ only 23 per cent goes through the middle third of the pitch â€“ and look to counter-attack at the most dangerous opportunities, exploiting the pace of their forwards.

It might not be as pretty to watch as Arsenal’s free-flowing brand of football, but it’s been highly successful for Simeone who won the Europa League in 2011 and has since reached two Champions League finals.

A product of the club’s academy who never gave less than 100 per cent and often did the hard yards for others, he was extremely popular at Old Trafford.

In the almost four years since the England international has been plagued by injury, limiting him to just 44 Premier League starts. This, however, has been his best season in front of goal in North London with five goals in 11 top-flight starts and ten in all competitions.

If Welbeck is finally over his injury problems the Gunners have a quick, strong and hard-working goal threat in the armoury and£16million will be proven a snip at long last. 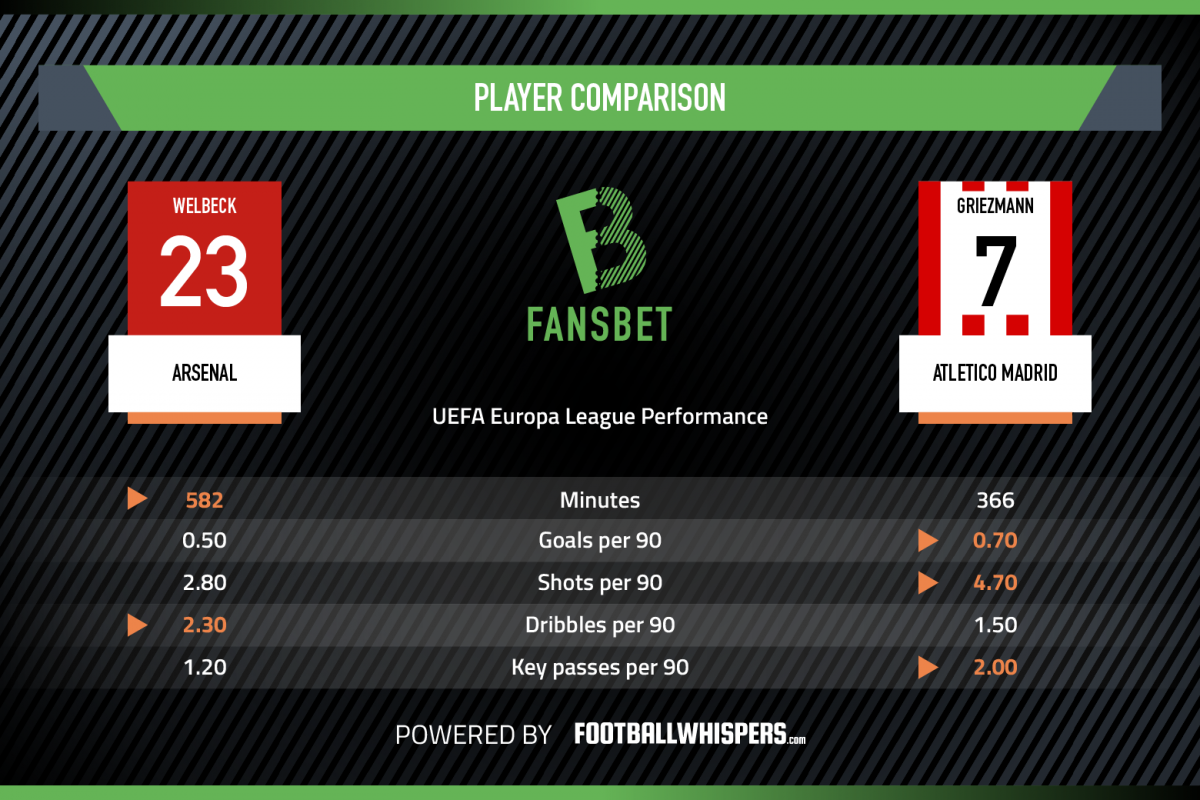 Atletico forward Griezmann should fetch far more than that this summer when it is anticipated he will leave following four years in the Spanish capital.

The French international is reportedly a Barcelona transfer target and is expected to leave Atletico Madrid after helping the club settle into their new ground, the Wanda Metropolitano.

Not always at his best this term, the former Real Sociedad forward has still managed 26 goals in all competitions. His return of 0.7 goals per 90 in La Liga is the fifth best among the division’s strikers.

There is more to Griezmann than just goals; he is a creator too. This season in La Liga he’s averaging 0.25 through balls per 90, putting him eighth among the league’s forwards, while also supply 0.29 assists â€“ 12th overall.

It took Ramsey until the final day of last season to score his first Premier League goal of the campaign, a dismal return for a midfielder of his quality. However, this term he appears to be back to his best and with seven strikes to his name is just three off his best ever tally.

The Welsh international, now 27, has grown in stature at the Emirates Stadium to become one of Arsenal’s leaders and his penchant for scoring big goals when required has seen him net in two of the Gunners’ three FA Cup triumphs in the last four years .

His energy will be crucial to unsettling Atleti on Thursday and, in particular, veteran midfielder Gabi. No Premier League midfielder averages more touches in the opponents’ box than Ramsey (4.91 per 90) who also averages 2.89 shots (2nd) and 0.38 goals (1st) per 90.

On top of that Ramsey plays a key creative role for those around him, supplying 0.38 assists (2nd) and carving out 0.38 big chances (3rd) in the Premier League this season.

Can Atletico make good on their favourites tag and win the Europa League? They’re 21/20 with Fansbet to clinch their second Europa League under Diego Simeone.

Central to denying Ramsey the space and time he needs to pull the strings will be Gabi. The grizzled Spaniard is the embodiment of Simeone on the field and, even at 34, retains an important role in the side.

Now in his second spell at Atleti having first turned out for Los Concheros between 2004 and 2007, Gabi is tenth among La Liga’s midfielders for tackles per 90 with 3.29 and 16th overall for interceptions (1.79).

But he is every bit as important to Atleti in possession, averaging 24.17 forward passes per 90 which is enough to put him fourth for midfielders in La Liga. And he’s a threat from set pieces, too, supplying 0.57 key passes from set plays putting him eighth in the division. 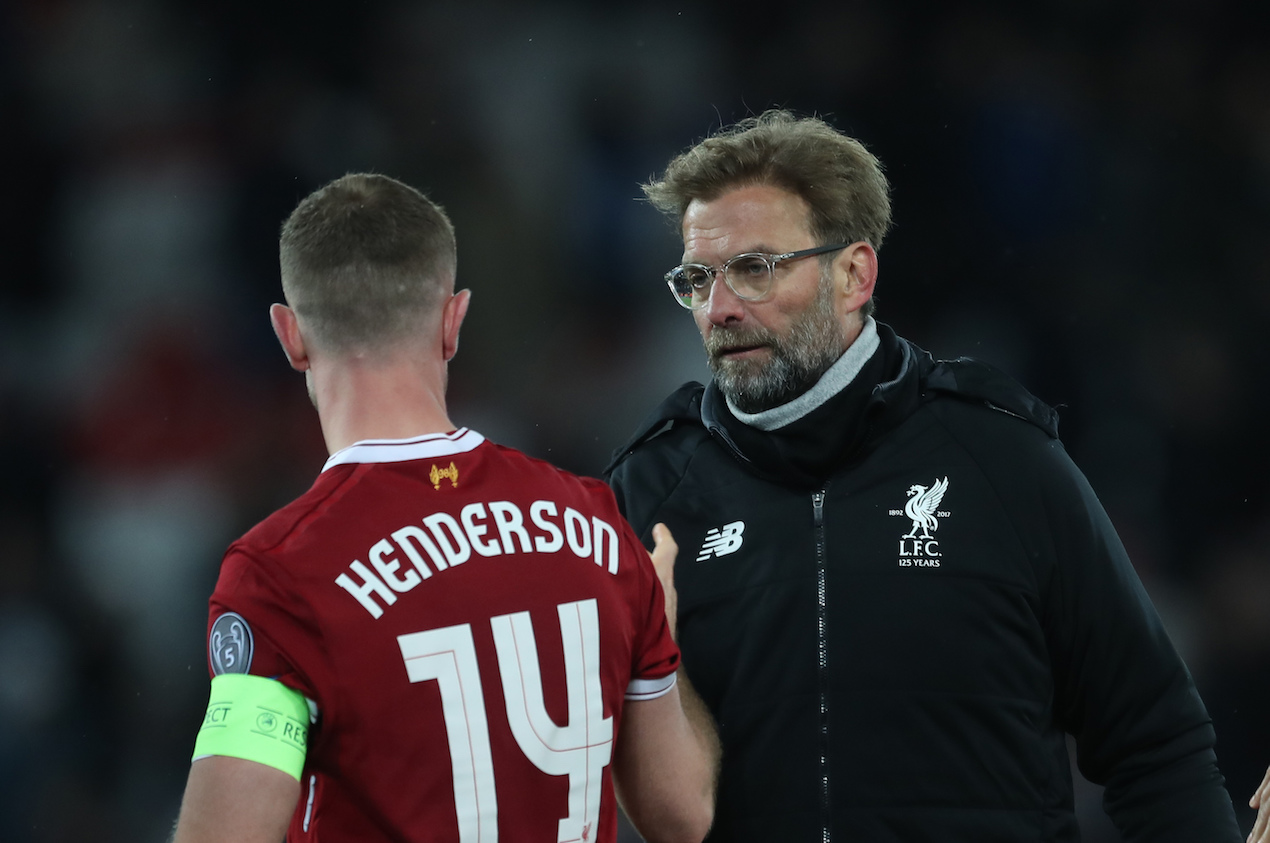