"The wins have changed the feeling around the club, it's added momentum to how Arsenal are pushing forward," Tom from The Gooner Talk TV believes a top-four finish is not entirely out of the question this season.

Arsenal are on a seven-game unbeaten run in the Premier League right now, and nine in all competitions, so what do Gunners fans put this remarkable transition down to?

A difficult start to the season saw an injury and Covid-ravaged Arsenal side lose their opening three Premier League matches, culminating in a 5-0 hammering at the hands of Manchester City.

But since then the Gunners have registered five victories and two draws in the league with wins against North London rivals Tottenham and most recently Leicester City, demonstrating the progress made by the team.

Mikel Arteta’s side are now 5th in the Premier League with their sights very much set on a top-six finish if not beyond.

“Considering that we lost those opening three games of the season, it is a surprise,” Tom from The Gooner Talk TV tells FansBet.

“But the fact that Ben White, Martin Odegaard, Takehiro Tomiyasu, Nuno Tavares and Albert Sambi Lokonga are all getting gradually integrated and Aaron Ramsdale has been a massive help too, it isn’t really that much of a surprise that we’ve turned a corner. 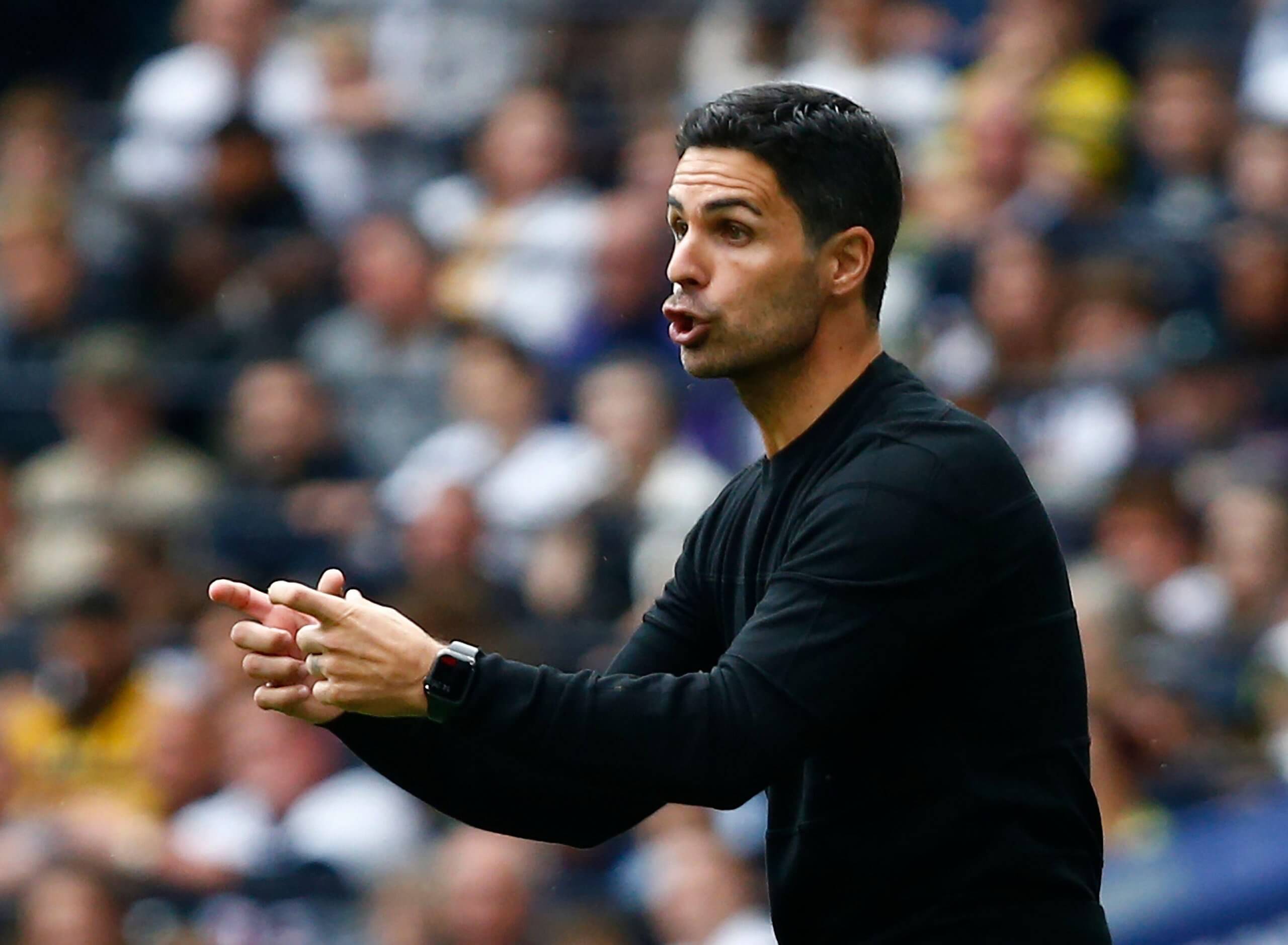 “The question will be now whether we can continue it; we’ve had some big wins against Spurs, Aston Villa and Leicester City most recently and we’ve got Watford next, which is a game you’d expect Arsenal to pick up a win, especially at home.

“That Liverpool game after the international break is going to be a massive measure of how far this Arsenal team has come.”

Arsenal’s cause has been helped by the fact that Arteta is now able to pick from a largely fully fit squad.

In fact, such are his options that the likes of Nicolas Pépé and Martin Odegaard – the former being the Gunners’ club record signing at £72m and the latter one of the high-profile additions of a busy summer window – could only make the bench in their latest league outing.

Meanwhile, £50 million summer recruit Ben White is finally showing his true worth in the heart of defence while also having a major influence on those around him.

White, who was unproven in a top side, has formed an impressive partnership with Gabriel at the back.

Meanwhile, Takehiro Tomiyasu was a name only few Gunners fans had heard of when he arrived on Deadline Day, but he has since gone on to become a star performer at full-back.

🙏 “Optimism is growing… Europe is a real possibility.”

🤔 “The questions will be answered by Christmas whether or not Arsenal can sustain a challenge.”

Tom from @TheGoonerTalkTv says #AFC's winter form will be either make or break for their Top 4 ambitions ❄️ pic.twitter.com/dRmvDP6BTE

“Yes, we’ve started poorly, but there are reasons behind why Arsenal have got back,” explains Tom.

“You look at the players that have returned specifically and the step-up at centre back of Ben White and Gabriel from Holding and Pablo Mari and the difference is night and day. Sambi Lokonga too has really improved in that area.

“But it’s not just that, Mikel Arteta has found this new way to integrate both Lacazette and Pierre-Emerick Aubameyang into the same side in this strange 4-4-2 system and this has enabled Arsenal to combat something that they’ve struggled against this season – playing against a back three.

“We lost against Chelsea, we drew against Brighton and drew against Palace, all teams that play a back three and we were using the 4-2-2-1 system.

“So we’ve gone to places like Leicester and against Aston Villa and were able to combat those systems really easily which has definitely helped.”

Arsenal’s revival gathered pace thanks to a north London derby win at the Emirates Stadium back in September.

Spurs promising start to the season under new manager Nuno Espirito Santo was soured by an emphatic 3-1 victory by the Gunners, with Smith-Rowe, Aubameyang and Saka all on the scoresheet in a rampant first half-display.

However, Tom concedes that he doesn’t think the derby demolition was the main catalyst in Arsenal’s upturn in form. 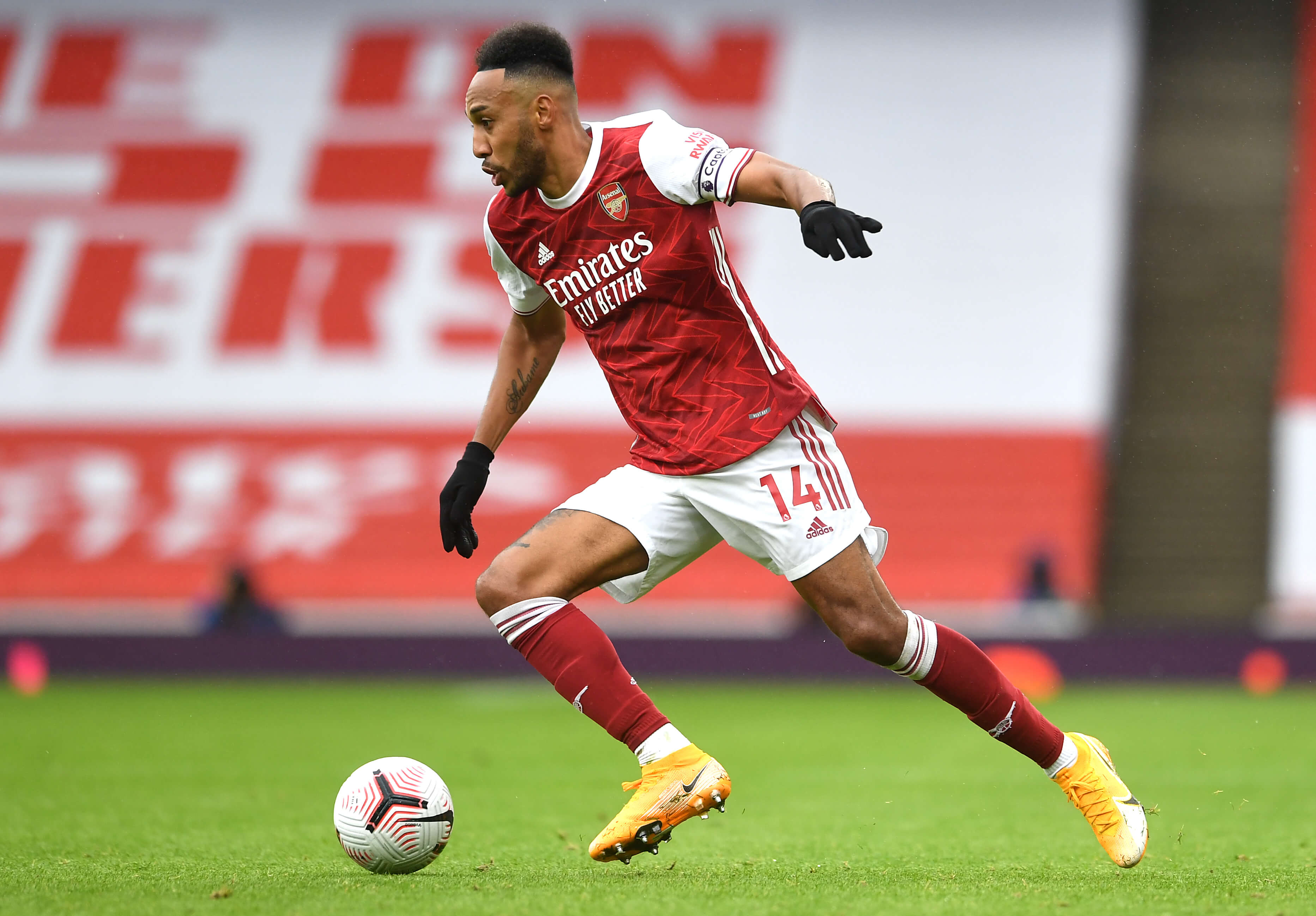 “I did say the North London derby would be a turning point, but ironically I don’t think it was.

“What looks to be the turning point was the game against Aston Villa, the change of system has been a stroke of genius from Arteta, but seeing that win really brought about the victory over Leicester, wins that have changed the feeling around the club, it’s added momentum to how Arsenal are pushing forward.

“So all those things combined have led Arsenal to move ahead with confidence without the same arrogance we’ve seen in recent seasons, but also accountability that Arteta has installed and a real drive and sense of togetherness within the team.”

Arsenal’s incredible change of fortunes, combined with Manchester United’s alarming slump in form, means some fans who would have settled for a top-six finish this season could now be hoping for even better.

As United host arch-rivals Manchester City and fourth-placed West Ham take on Liverpool, the Gunners could move level on points with the Hammers this weekend, provided results go in their favour and they defeat Watford at the Emirates Stadium.

And with the top-three places looking like they will be shared between Liverpool, Chelsea and Manchester City, it could be a straight fight for that all-important fourth spot. 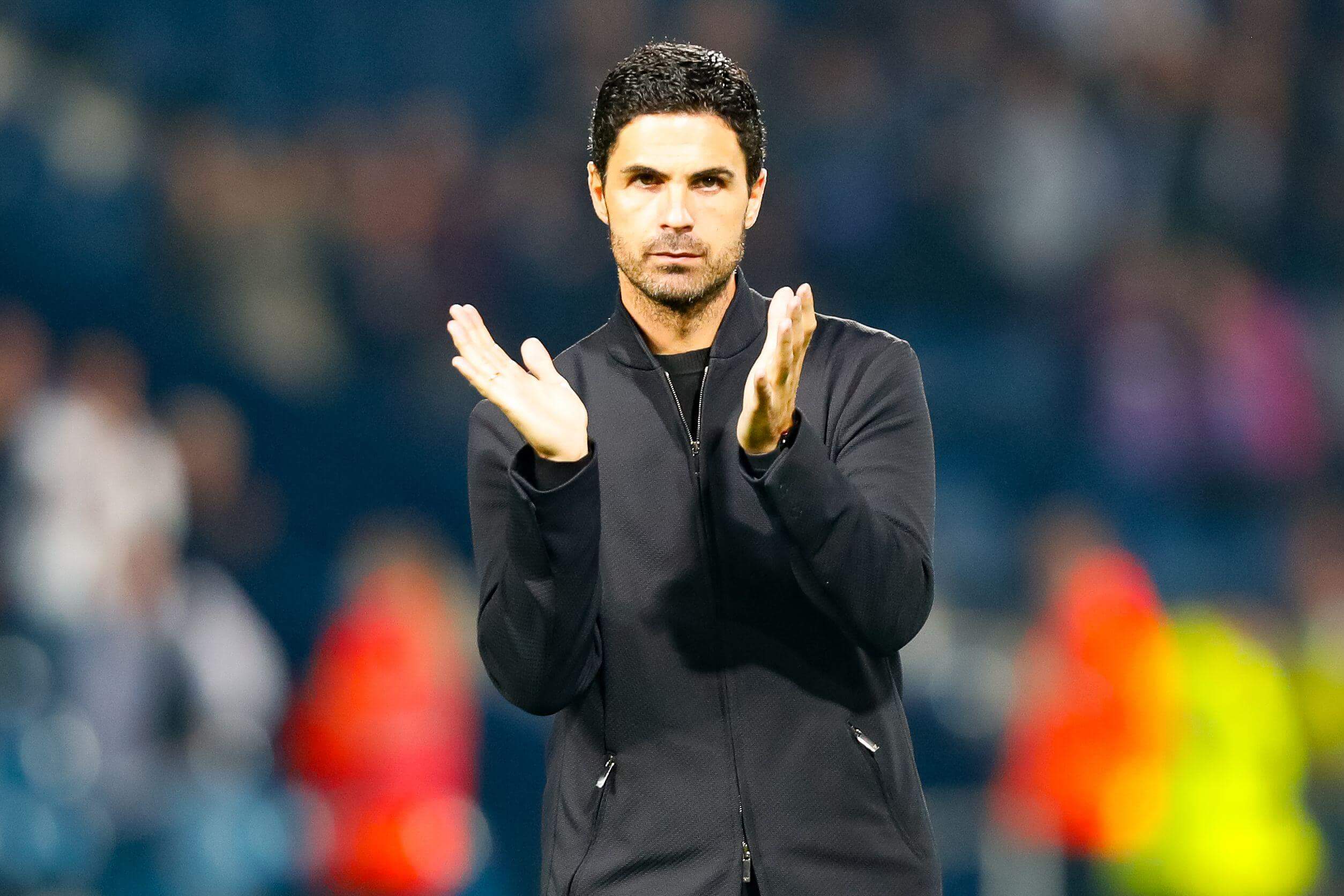 “The optimism is growing,” says Tom

“And certainly Manchester United’s form has opened up further optimism about the possibility of a top-four spot.

“I still think that’s a fantasy as to get top-four for Arsenal right now is so far away from what the target was at the beginning of the season, which was top-six.

“With how things are right now, being three points off the top-four and nine games unbeaten, it is something that people are beginning to talk about.

“It’s really early though and there are big, big challenges as November brings games against Liverpool, Manchester United and then Everton and West Ham soon after.

“The question will probably be answered by Christmas about whether Arsenal can sustain a top-four challenge, but those are big tests that Arsenal need to pass.

“Europe is a real possibility and I’d go as far to say that if Arsenal were to not get top-six it would be a massive failure and Arteta should be made culpable for that.

“We have, in my view, the fifth-best squad in the league and the changes that have been made to the squad are brilliant; it’s about meeting those targets and ambitions now.”