Arsenal Fans: Words are not enough from Kroenke

There’s never been such a disconnect between the owner of the club and the Arsenal fans - say angry Gunners supporters.

Protests are planned ahead of Arsenal’s match against Everton on Friday, with supporters angry at owner Stan Kroenke’s involvement in the failed launch of a European Super League.

On Tuesday night, however, Arsenal and the rest of the Premier League’s ‘Big Six’ pulled out of the Super League following a furious backlash from supporters.

Arsenal apologised to the club’s fans for their actions and admitted they made a mistake, but there remains growing unrest among supporters towards owner Kroenke.

Fans had already been planning to vent their feelings about the Super League ahead of Friday’s game against Everton – as Chelsea supporters did before Tuesday’s match against Brighton – but the protest is now thought to centre around fan discontent with Kroenke and his running of Arsenal.

At a heated online Arsenal fan forum on Thursday night club director Josh Kroenke apologised for signing Arsenal up to the Super League and assured fans that KSE (Kroenke Sports & Entertainment) will cover the costs incurred by the Gunners decision to withdraw from the competition. 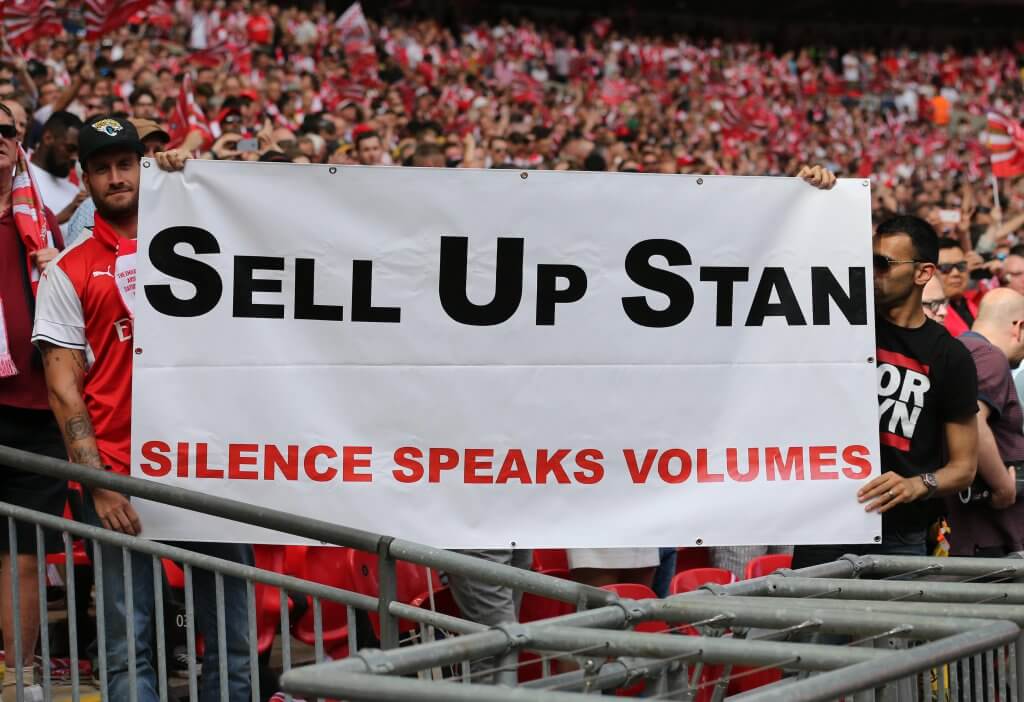 However, he also confirmed there are no plans to sell the club and told fans he ‘wants to get back to London’, saying ‘we need to build a bridge, and we will’.

But the olive branch appears to have been rejected with Arsenal fans and supporter groups now looking to use this opportunity to highlight the long-standing issues they have with their club’s owners.

“The Arsenal fan base has never been more united against the owners and for the first time ever we all want rid of the current owners,” Gav from She Wore a Yellow Ribbon told FansBet.

“There’s never been such a disconnect between the owner of the club and the Arsenal fans and fortunately, what’s happened with this Super League debacle is that the fans that weren’t on board when we were originally protesting about ticket prices and the way fans were treated a decade ago have now come on board as it directly affects them.

“It’s no shock to anyone whatsoever that the club has chased money and TV money rather than listening to fans that go every week.

“There’s not a lot that they can do at this stage to repair the damage that’s been done, not just over the Super League plans but over the last 12-years.

“It’s going to take a massive statement of intent to repair the damage and not just words as the owners can talk a good game but those words are never backed-up with any actions.

“We would be just as upset if we were top of the league or ninth and if you took a poll I’d say at least 95% of match-going fans would want the Kroenkes to pack up and leave and sell the club to someone who knows about the game, the history of the club and what we want as fans.”