“We could even pip Chelsea to third, so I’m looking upwards as opposed to downwards.” - Gav from She Wore A Yellow Ribbon says the sky's the limit with Mikel Arteta's Arsenal the division's in-form side.

Five consecutive Premier League wins have made Arsenal favourites to clinch the final place in this season’s top four, with Sunday’s 2-0 victory over Leicester City another sign of progress under Mikel Arteta.

As the likes of Martin Odegaard, Bukayo Saka and Alexandre Lacazette continued their impressive form with glittering displays against the Foxes, the Gunners reclaimed fourth spot from Manchester United.

Although, Arteta’s side sit only one point ahead of the Red Devils, they have three games in hand and, on their current trajectory, Arsenal should comfortably finish in the top four and qualify for the Champions League for the first time since 2015/16.

A far cry then from two successive eighth-place finishes and a turbulent August earlier on in the campaign where Arsenal were resigned to bottom spot of the Premier League after a flat start to the season.

“I’m delighted with how it’s going at the moment, especially after the injury and Covid-plagued first three games where we had 0 points,” noted Gav from She Wore A Yellow Ribbon. 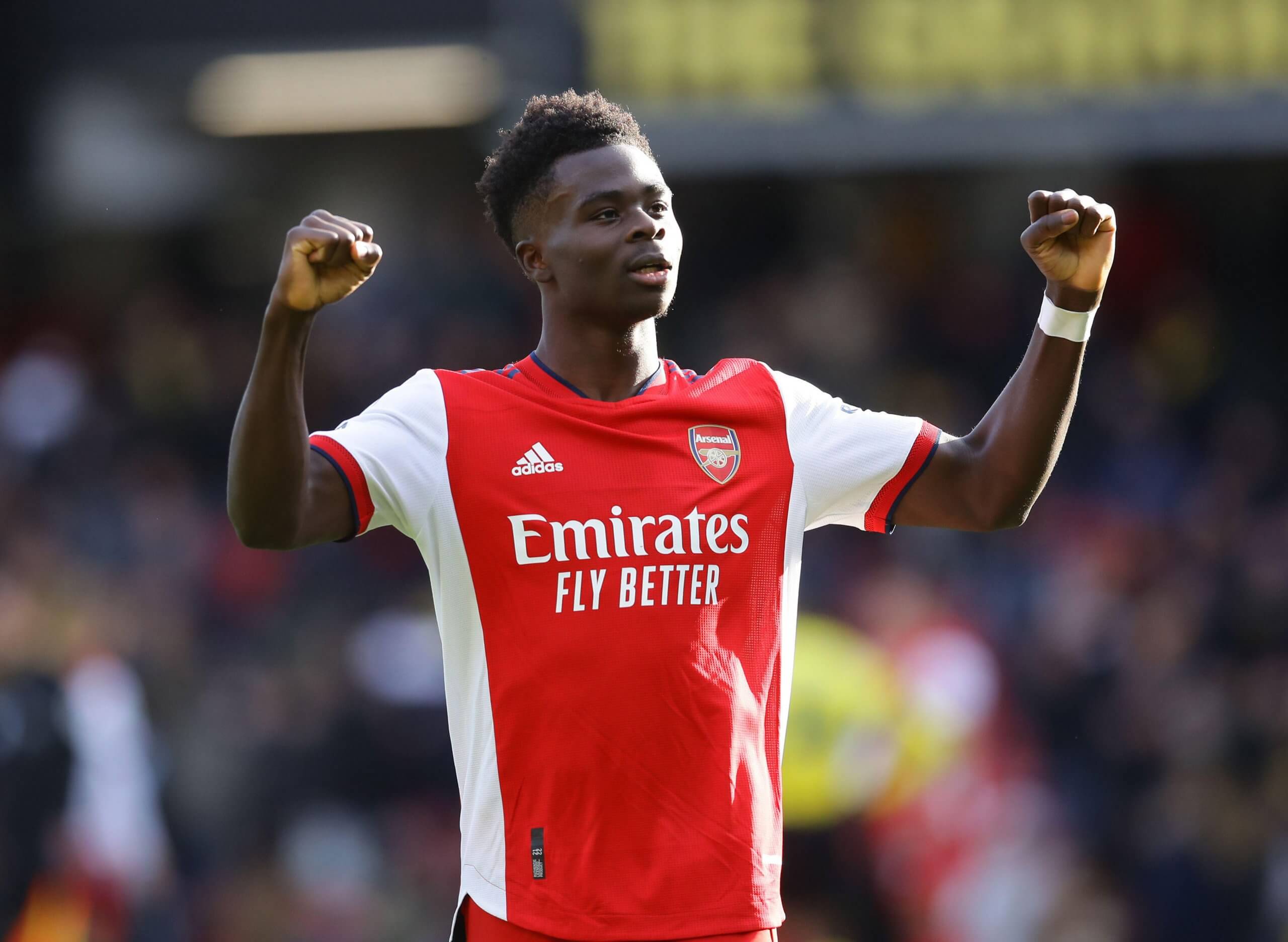 “We’ve slowly crawled up the league and got some consistency into the team. The reason behind the upturn in form has basically been Arteta.

“It’s down to him and his staff and how he’s brought his own players in, moulded the ones that were left behind, and then all the deadwood, all the people that were cruising, there for a pay cheque and didn’t really care, they’ve been shifted out.

“You’ve got to give credit to him for how he’s done that and how he’s moulded this immense team spirit that we’ve got at the moment.”

Arteta has faced difficult times over the course of his two years as Arsenal manager, but the Spaniard’s process is finally yielding results.

The Gunners now play with a clear identity, with Arteta’s backing in the transfer market through a number of key additions including Odegaard, Thomas Partey and Ben White paying dividends.

“When you look at Arteta and then Emery and Wenger before that, we’ve done nothing as a club really apart from the FA Cups – which are glorious – but we’ve really just been cruising since we’ve moved to the Emirates,” said Gav.

“There’s been no real plan to go forwards, so it’s been good to have that back and we’ve got to keep heading in the right direction. 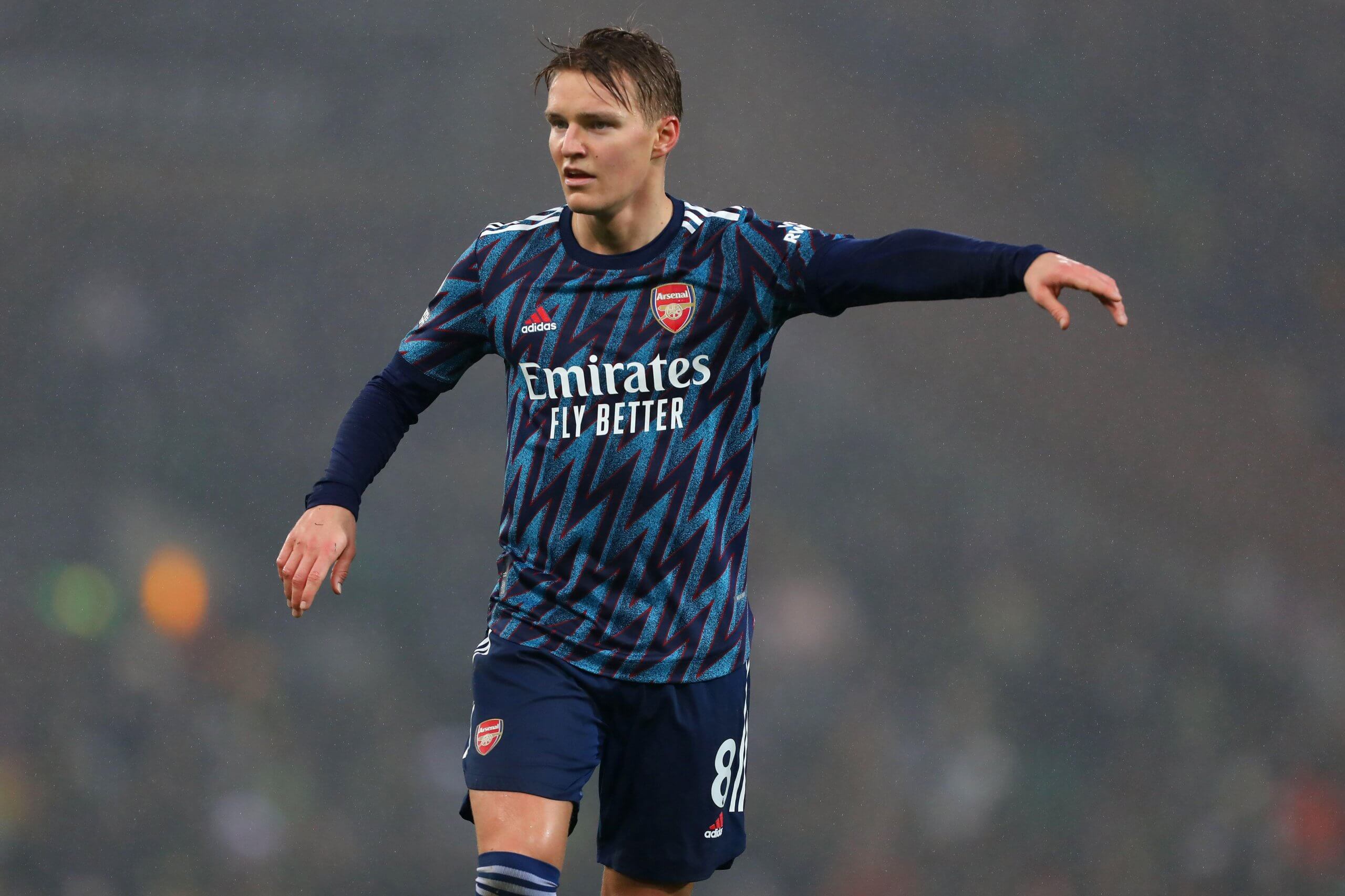 “There’s a plan and there’s a transfer policy in place where they’re looking for certain players with certain mentalities of a certain age group of a certain amount of experience, and it’s working.”

Arsenal’s turnaround has been as much about the players who have left the club as those who have arrived. Pierre-Emerick Aubameyang departed in somewhat strange circumstances for Barcelona in January, with Arteta demanding on and off the pitch discipline from his players.

That standard has manifested itself in better performances, with the Gunners winning nine of their last 11 Premier League outings dating back to mid-December.

“Aubameyang just had to go. He hadn’t been performing well for us for 18 months anyway; he dropped off a cliff and was increasingly uninterested.

“When you’ve got a young squad like we have and you’re trying to mould them, you can’t have distractions and you can’t have the captain, the talisman and the highest paid player in the squad turning up late and talking extra days off.

“He was a distraction and as you can see since then, we’ve actually improved and got better without our top scorer.”

Lacazette has filled the void left by Aubameyang, scoring or assisting in 10 of his last 11 league appearances, and there is a growing sense that the 30-year-old will stay at the Emirates beyond the end of the season, such is his importance to Arteta’s team. 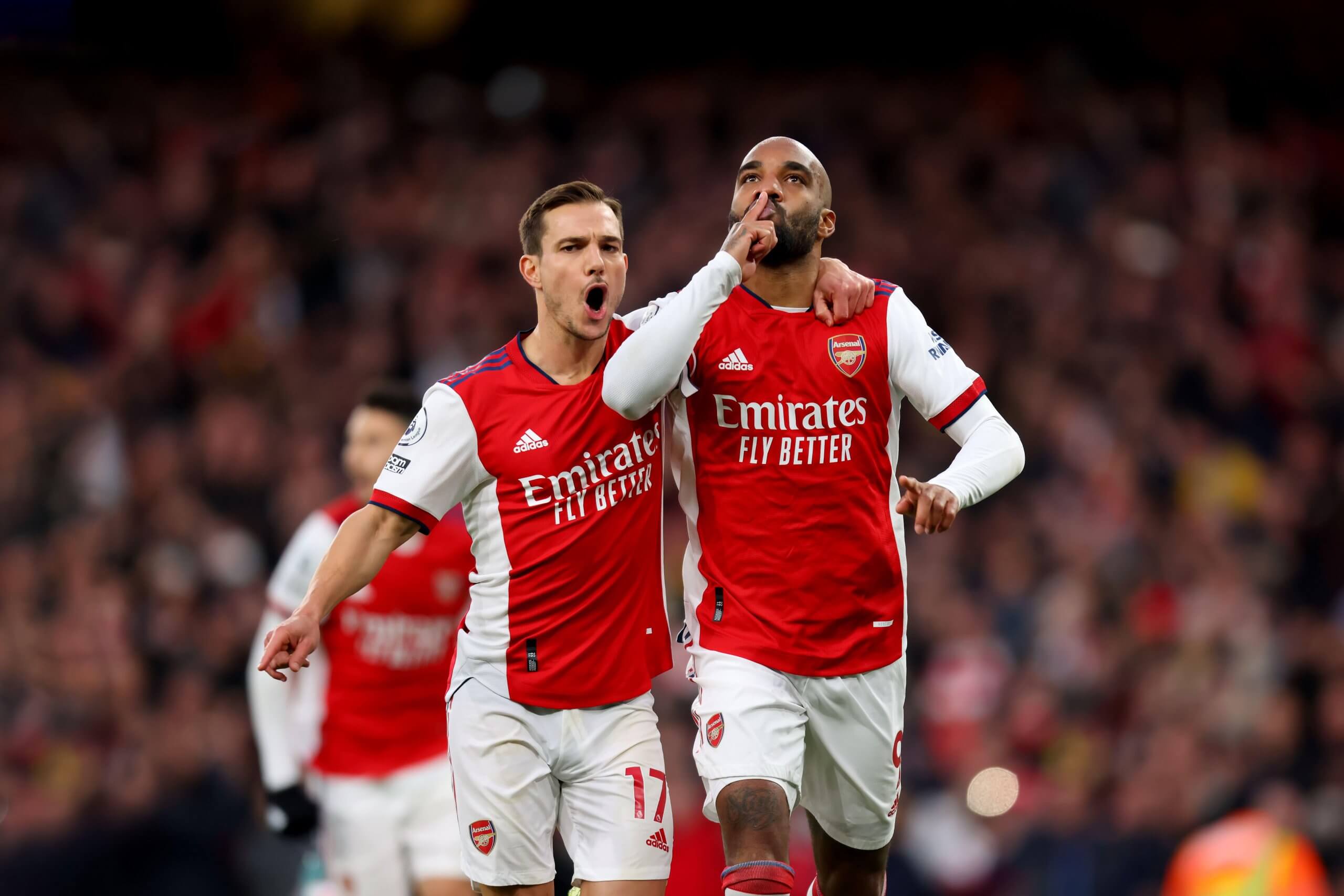 “You can see that all the young lads love him,” notes Gav.

“He’s a very popular figure and I think he’s helping that bonding process with regards to the younger players with his experience.

“It’s very much an ‘everybody’s equal, everyone’s together’ squad that Arteta has cultivated, so it’s full praise for him.”

While online discourse around Arteta has been mixed in the past with eyebrows often raised, fingers pointed and question asked, Gav paints a clearer picture of the Spaniard’s appreciation among the hardcore Arsenal support.

“With the people that I know and have been games with in the past and people I consider friends over Arsenal, there’s only a couple that have never actually been 100% behind Arteta anyway.

“On top of that, you get those who make a living off pretending to be Arsenal supporters by slagging us off all the time and trying to say something to draw attention to them, their blog and YouTube or whatever, which earns them money. They’re not supporters.” 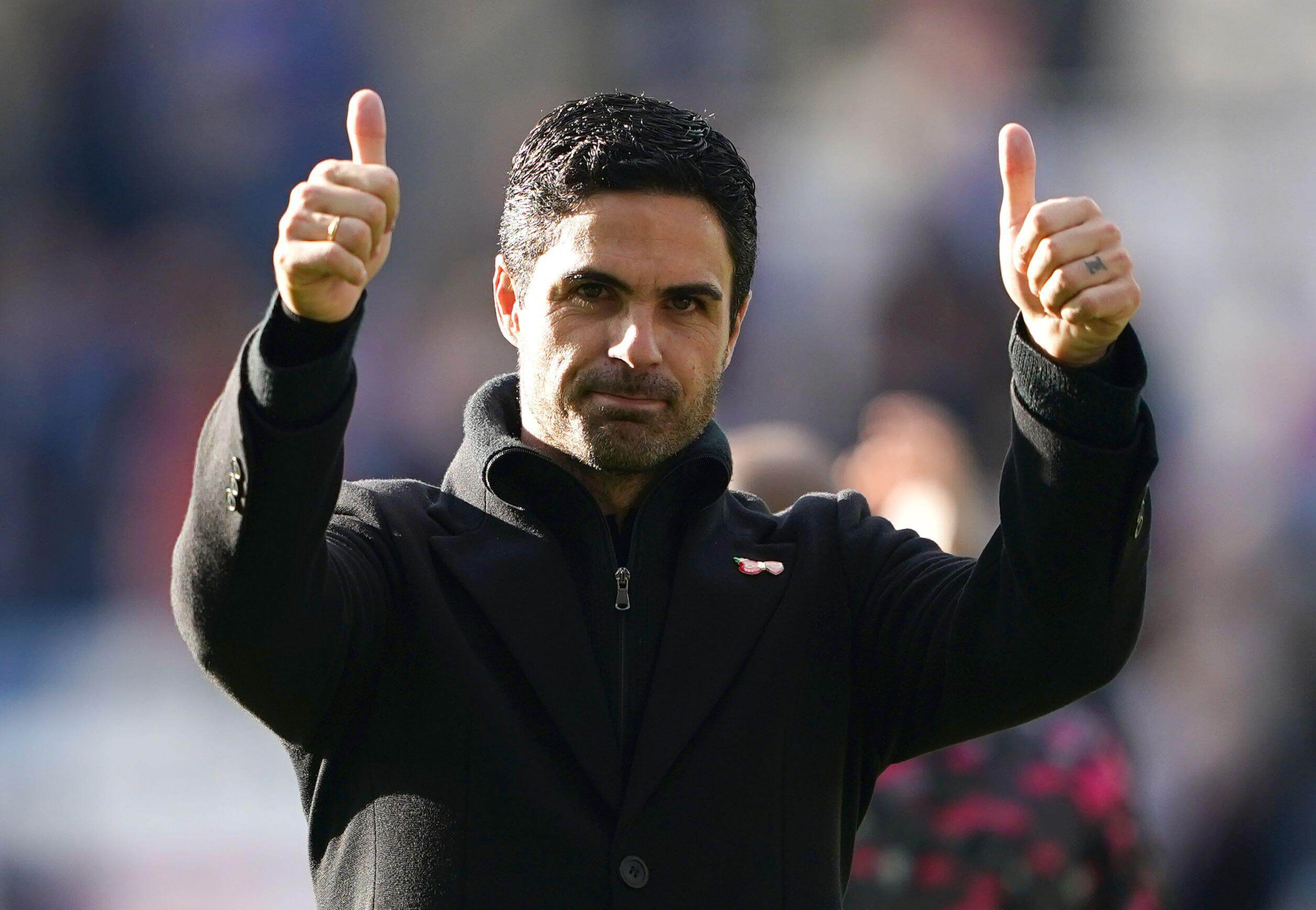 However, Arteta still has to finish the job he’s started and continue to build on the foundations he has implemented, and Arsenal must clinch their place in the top four to cement the progress they have made this season.

With the visit of an in-form Liverpool side beckoning on Wednesday, Manchester United still to face and the rescheduled trip to Stamford Bridge, the Gunners have 12 games to consolidate their top four credentials.

“We’re in the driving seat, we’re sitting in fourth, we’ve got games in hand on everyone around us,” Gav added. “We’ve got a tricky week; it’s the first time probably all season that we’ve had to play three games in under seven days.

“We’ve got to win eight out of our remaining 11 games and it’s guaranteed we’ll get Champions League.

“I think four or five of them are nailed on, but all the teams around us are going to drop points. No one apart from us, Liverpool and Man City have shown any consistency in the last couple of months.

“If we get a result against Chelsea, we could even pip them to third, so I’m looking upwards as opposed to looking downwards. It’s in our hands and that’s where you want to be.

“We’ve just got to keep doing what we’ve been doing since Christmas and we’ll be absolutely fine.

“It’s all happy, it’s all positive and hopefully we can get in the top four or even top three this year, and that would be an absolutely remarkable season for us.”