Ancelotti: If the season finishes today we will be satisfied

Everton will be looking to make it three wins on the spin when they welcome Arsenal to Goodison Park on Saturday night.

Everton are eyeing a third straight win when they welcome struggling Arsenal to Goodison Park on Saturday, with the Blues’ boss claiming his side are where they want to be.

Everton’s impressive start to the season, which saw them win their first four Premier League games – was in danger of fizzling out when they lost four out of five matches recently, but they are now back on track.

Having ended Chelsea’s unbeaten run last weekend, the Toffees beat Leicester at the Kingpower Stadium on Wednesday to revive their top-four hopes going into the Christmas period.

“We are where we want to be. If the season finishes today we will be satisfied, said Carlo Ancelotti following the victory over Leicester.

“Unfortunately the season is so long and we have to keep fighting to stay in this position. 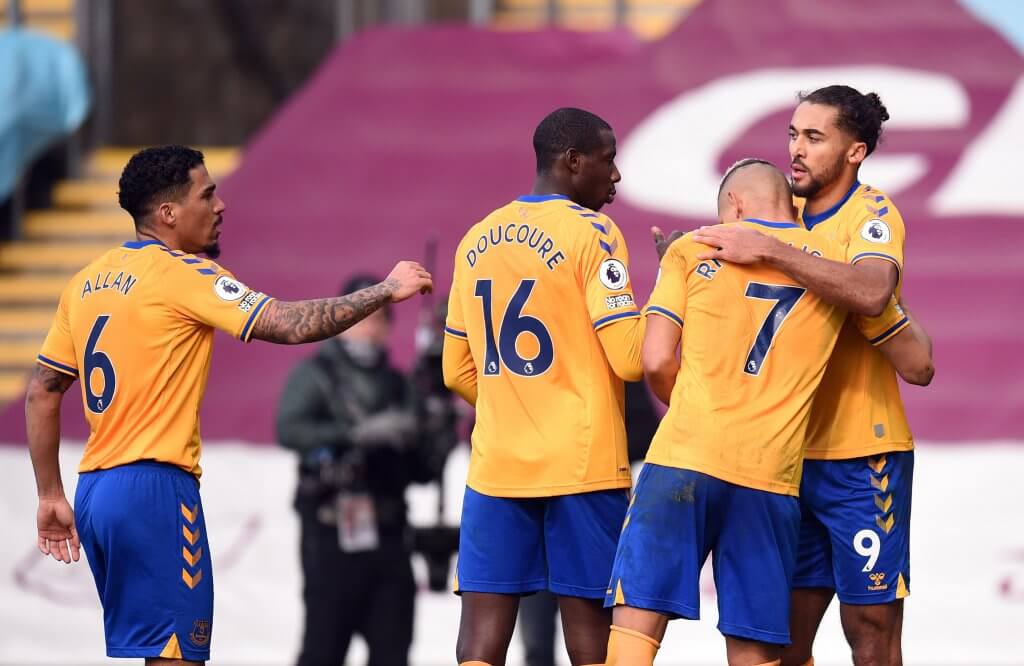 “We were able to repeat the same performance we did against Chelsea. We were solid defensively and when we had the opportunity we scored.

“We were well organised and it is an important result. We were comfortable defensively, they had more of the ball but they didn’t have opportunities to score.

Everton look the likeliest of these teams to challenge for a top-six place this season and will be looking to pull further clear of Arsenal when they meet at the weekend.

Arsenal managed to avoid a fifth consecutive home league defeat on Wednesday night with a 1-1 draw with Southampton.

Captain Pierre-Emerick Aubameyang ended his five-match goal drought and started the process of atoning for his own goal in Sunday’s defeat by Burnley by sweeping in the equaliser.

The Gunners had Gabriel sent off and the result will hardly ease the pressure on manager Mikel Arteta, with their winless league run now stretching to six matches.