From facing Barcelona in the Champions League as a 21 year-old, being named player of the year by Leeds United fans to reaching the quarter finals of the World Cup, Robbo has been one of the most respected players of his generation and brings enthusiasm, insight and experience – not to mention his unique sense of humour – to his role as a FansBet ambassador.

Robbo noted: “People are always going to have a bet, there’s nothing wrong with that, what appealed to me about FansBet is the idea that by having a bet, fans can help improve the matchday experience of fellow fans.”

Have a read of the latest articles from Paul Robinson

Based in the racing heartland of Newmarket, FansBet Ambassador Amy Murphy has been propelled into the media spotlight over the last 12 months in just her second season with a trainer’s license, thanks largely to the high-profile exploits of stable stars Kalashnikov and Mercian Prince, plus her hands-on approach and owner friendly outlook.

Already the architect of a string of successes both on the flat and over jumps, her biggest moments to date came when Kalashnikov ran away with a high-profile Newbury handicap in mid-February, prior to a mighty effort at the Cheltenham Festival when only worn down in the dying strides of the Grade 1 Supreme Novices’ Hurdle.

She can also point to handicap chase wins for Mercian Prince, as well as a trio of all-weather victories for Thaqaffa as evidence of her burgeoning talents.

Having learned from some of the best in the business, including Luca Cumani and Gai Waterhouse, the up-and-coming dual-purpose trainer is expanding her operation at a rapid pace, and does so backed by FansBet, who have snapped up the opportunity to work alongside horse racing’s rising star.

Choccy made his name as a prolific striker in Scotland with Celtic winning both the league and Scottish Cup during his time at Parkhead also picking up the Scottish Football Writers Award and Scottish Player of the Year.

Signed by Manchester United in the summer of 1987, he was one of the Sir Alex Ferguson’s first ever signings and would go on to make nearly 500 appearances for the Reds scoring over a hundred goals including two in cup finals.

Choccy became the first player to score over 20 league goals for United in a season, since a certain George Best and whether as a striker or a midfielder he helped the club win 4 Premier League titles, 3 FA Cups, the League Cup, the Cup Winners Cup the Super Cup and several Charity or Community Shields.

Signing on as an ambassador for FansBet the United legend noted: “When I saw that FansBet were dedicated to giving back to the fans, I was keen to get involved as it’s a great way to try and make a difference for the supporters.” 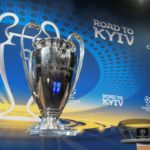 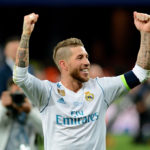 Who should your money be on this week in the Champions League? 2nd October 2018 CSKA Moscow v Real Madrid, Tuesday 2nd October, 20:00 CSKA…

With names like McIlroy, Woods and Rose back in contention for the first time in 2020 it's easy why @GolfKristiansen believes this is the first meaningful event of the year...

Reply on TwitterRetweet on Twitter1Like on TwitterTwitter
Load More...