Those who were fortunate enough to see the France '84 side in all their glory could not deny they deserved their first major trophy in international football thanks to a side who played scintillating football at break-neck speed.

It’s almost impossible to comprehend now, but a football tournament with no British representation was of little interest to anyone according to television executives in the mid-1980s, with only two games of France ‘84 being shown live.

Bosses at the BBC and ITV believed that a competition with no home nation participants was unlikely to capture the imagination of millions at a time when football was anything but the beautiful game it is now – depriving the British public of seeing one of the greatest sides of the time in their pomp.

As a result, West Germany’s group game against Spain and the final itself were the only games broadcast live, with both channels – in an era of just four stations – opting for highlights shows instead, often late at night when most people had gone to bed.

The France team that were crowned champions of Europe in 1984 are remembered fondly, by those who were fortunate enough to see them, as one of the greatest to ever play the game.

Built around the sublime talent of midfielder Michel Platini, they were the outstanding team of the early 1980s who had come close to winning the 1982 World Cup and were now hosting a tournament that many made them favourites to win. 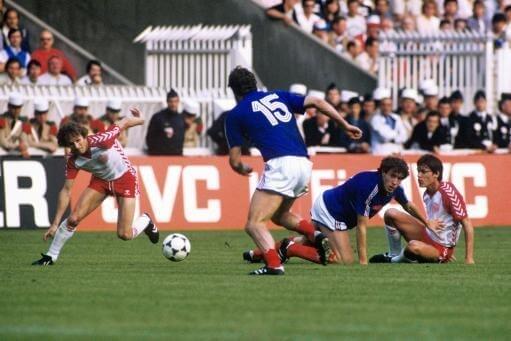 In the group games, France were in devastating form, with Platini the orchestrator of a brilliant midfield that also contained Luis Fernandez, Jean Tigana and Alain Giresse.

He scored seven goals in France’s three group games, including hat-tricks against Belgium in a 5-0 win and also in a 3-2 triumph over Yugoslavia while in the most eagerly anticipated match of the tournament his 78th-minute strike against the much-fancied Denmark proved decisive.

In its original format, which saw just eight nations compete, the top two from each group progressed to the semi-finals, which would provide one of the games of the tournament as France faced Portugal in Marseille and, fortunately, footage of the game still exists.

Portugal went through from Group 2 with Spain, who eventually overcame the Danes on penalties, but even with talented stars such as Fernando Chalana, Rui Jordao, and Nene, few fancied their chances against the hosts.

So when Jean-Francois Domergue’s free-kick was deflected by Joao Pinto into the net after 24-minutes it looked to be going to form, only for Portugal to storm back and provide us with what is generally regarded as the game of the tournament. 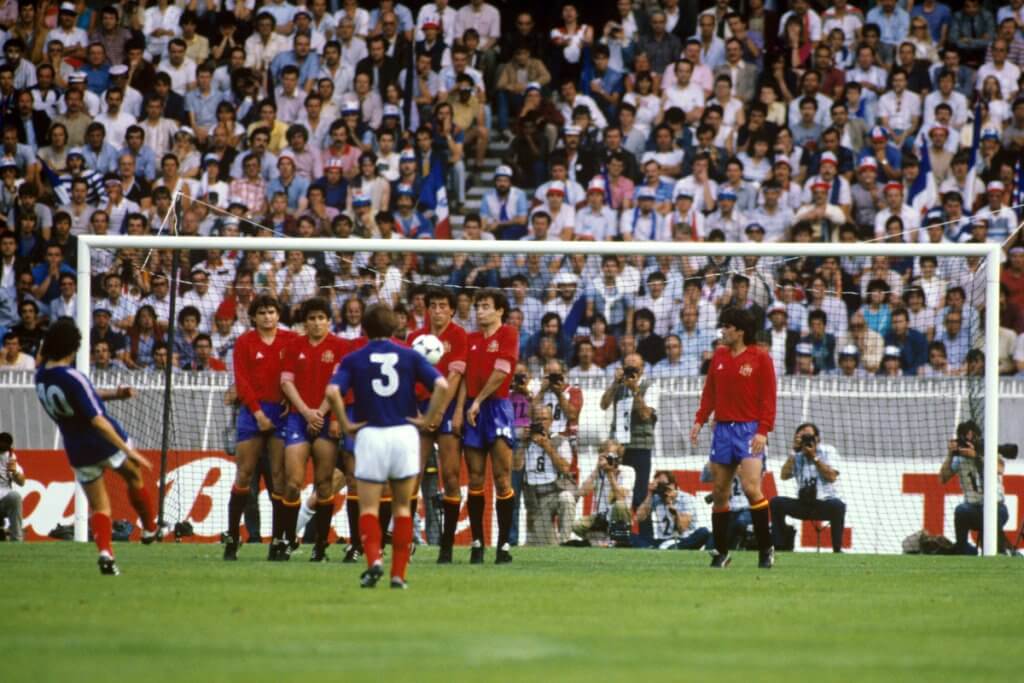 Portugal equalised through Rui Jordao midway through the second half to send the game into extra-time with both goalkeepers being kept busy by a flurry of attacks in what was now an end-to-end encounter.

When Jordao put Portugal ahead seven minutes into extra-time  a shock looked to be on the cards, though France hit back through Domergue, in the 114th minute to make it 2-2.

Though just as penalties looked inevitable, Tigana wriggled through the Portuguese defence, rounded ‘keeper Manuel Bento and cut the ball back for Platini to score a dramatic winner in the dying minutes.

France would play Spain in the final, but with the British viewing public finally able to watch the side that everyone was now talking about, what should have been a showpiece spectacle turned out to be something of a damp squib.

After a cagey first-half, a slip from goalkeeper Arconada on 56 minutes proved to be crucial when Platini’s dipping free-kick somehow squirmed under his body and dribbled apologetically over the line. 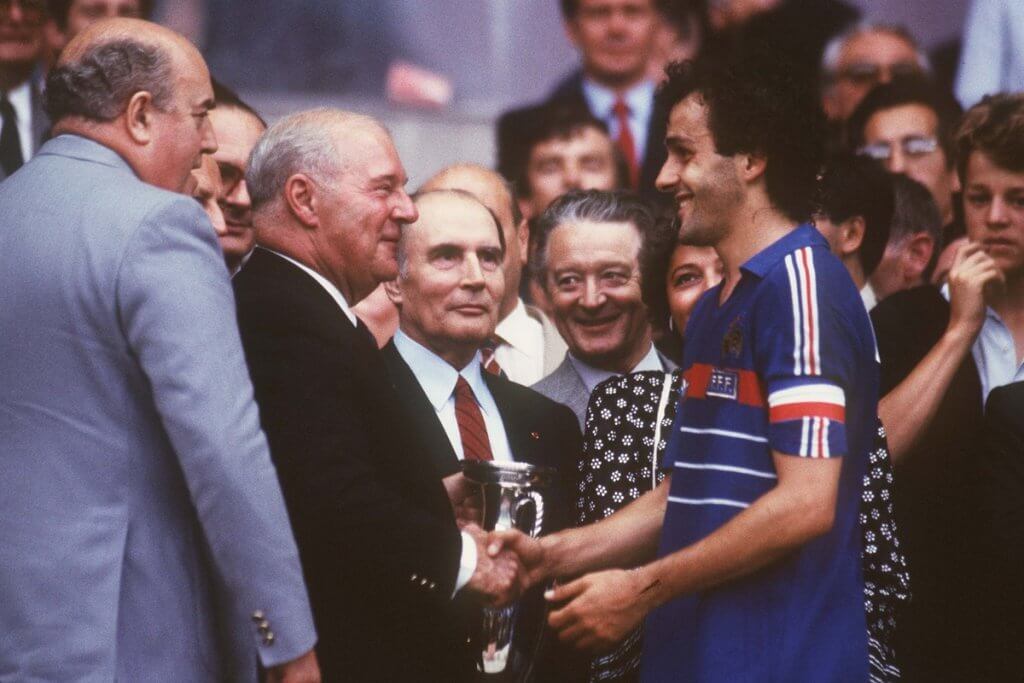 Despite being reduced to 10-men, when Le Roux was sent off after a second bookable offence on 85 minutes, Les Bleus were now rampant and sealed victory when Tigana’s through-ball sent Bruno Bellone free in the last minute to seal it for France.

Few who were fortunate enough to see the France ’84 side in all their glory would deny that they had deserved their first major trophy in international football thanks to a side who played scintillating football at break-neck speed.

They may not have had the greatest forward-line in the game, with Bellone’s effort being the only goal scored by a French forward in the tournament, yet their attacking array of midfielders had more than made amends for any failings up-front.

The likes of Luis Fernandez, Jean Tigana and Alain Giresse had all contributed greatly to one of the most exciting sides Europe had ever seen, illuminating the tournament in the process.

While with nine goals in a tournament that only consisted of five games — a record that still stands today — you can’t overlook the incredible contribution of Michel Platini.

It’s just a shame so few were able to witness his and his country’s great achievement back in the UK.