Ajax vs Chelsea: Lampard’s kids might just be alright in Amsterdam

Chelsea's youngsters have grown in confidence of late but Ajax are sure to provide them with their biggest test of the season in Amsterdam on Wednesday.

Chelsea’s youngsters have been a shining light in the Premier League so far this season, but they will finally pick on someone their own size (and age) when they face the young guns of Ajax in Holland on Wednesday night.

Chelsea’s start to the season couldn’t have got off to a worse start, both domestically and in Europe, with a crushing 4-0 defeat at Old Trafford on the opening day being followed by a 1-0 home defeat in their first Champions League tie of the campaign against Valencia.

In fact, they won just two from their opening six matches but since then Frank Lampard’s side have grown in confidence and a win over Lillie in matchday two went some way to proving they have what it takes to compete with Europe’s best while league results have also been encouraging.

Chelsea beat a hard-working Newcastle United outfit 1-0 at Stamford Bridge last weekend courtesy of a Marcos Alonso strike and will hope to extend their winning run to six games when they visit Ajax for the third game in the group stages.

Their recent good form has been enough to lift them up to fourth in the league and will now be setting their sights on bringing a little consistency to their Champions League performances as they look to qualify for the knockout stages. 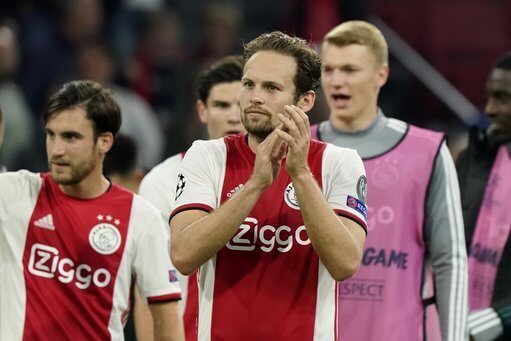 The trip to Amsterdam will provide something of a different challenge however, as Erik ten Hag’s side are top of both Group H and the Eredivisie, having not lost a game all season and winning both their Champions League games 3-0.

Despite losing their prized assets in the summer, the reigning Eredivisie champions are once again blazing a trail in their domestic league and have won eight and drawn two of their first 10 games as they battle with rivals PSV for another title.

Chelsea’s hopes will very much rest with N’Golo Kante though the midfielder picked up a groin injury while on international duty with France and, although he missed the weekend’s game, Lampard will be hoping he is fit enough for a spot on the bench for Wednesday’s trip.

He will also be looking to Mason Mount, Callum Hudson-Odoi & Tammy Abraham to create the penetrative moves his side will need in order to come through their toughest test in this competition so far, while Christian Pulisic also provides him with options off the bench.

Chelsea have a real task on their hands to secure top spot against a side in such strong form and will hope to be the first team to beat the Dutch outfit this term when they visit the Johan Cruijff Arena and can be backed at 3.70* to get all three points here.

But their main objective is to qualify from Group H and a point at the Johan Cruyff Arena would be massive if they are to achieve that feat and Lampard’s young charges appear more than capable of doing just that at 3.00.*