Aberdeen: “This season has been a disaster.”

“The bottom 6 is not where we should be, and those in charge of the decision making at Pittodrie need to take some time for self-reflection.” Gavin J Baxter from The ABZ Football Podcast reflects on a turbulent season for Aberdeen.

Aberdeen started the 2021/22 season with renewed ambition and replenished hope.

Stephen Glass had been appointed to lead a cultural overhaul at Pittodrie following eight years of Derek McInnes, but the former midfielder was sacked after less than a year into the job. Now, the Dons are starting over again.

Former St Mirren boss Jim Goodwin has been hired to point Aberdeen in the right direction again with the club slumped in a lowly ninth in the Scottish Premiership table.

Until the 1-0 win over Dundee at the end of April, the Dons had even been mentioned as potential relegation candidates.

“There’s no way of sugar-coating it – this season has been an unmitigated disaster, the kind of which has caused real damage in terms of the relationship the club has with its support,” says Gavin J Baxter of the The ABZ Football Podcast. 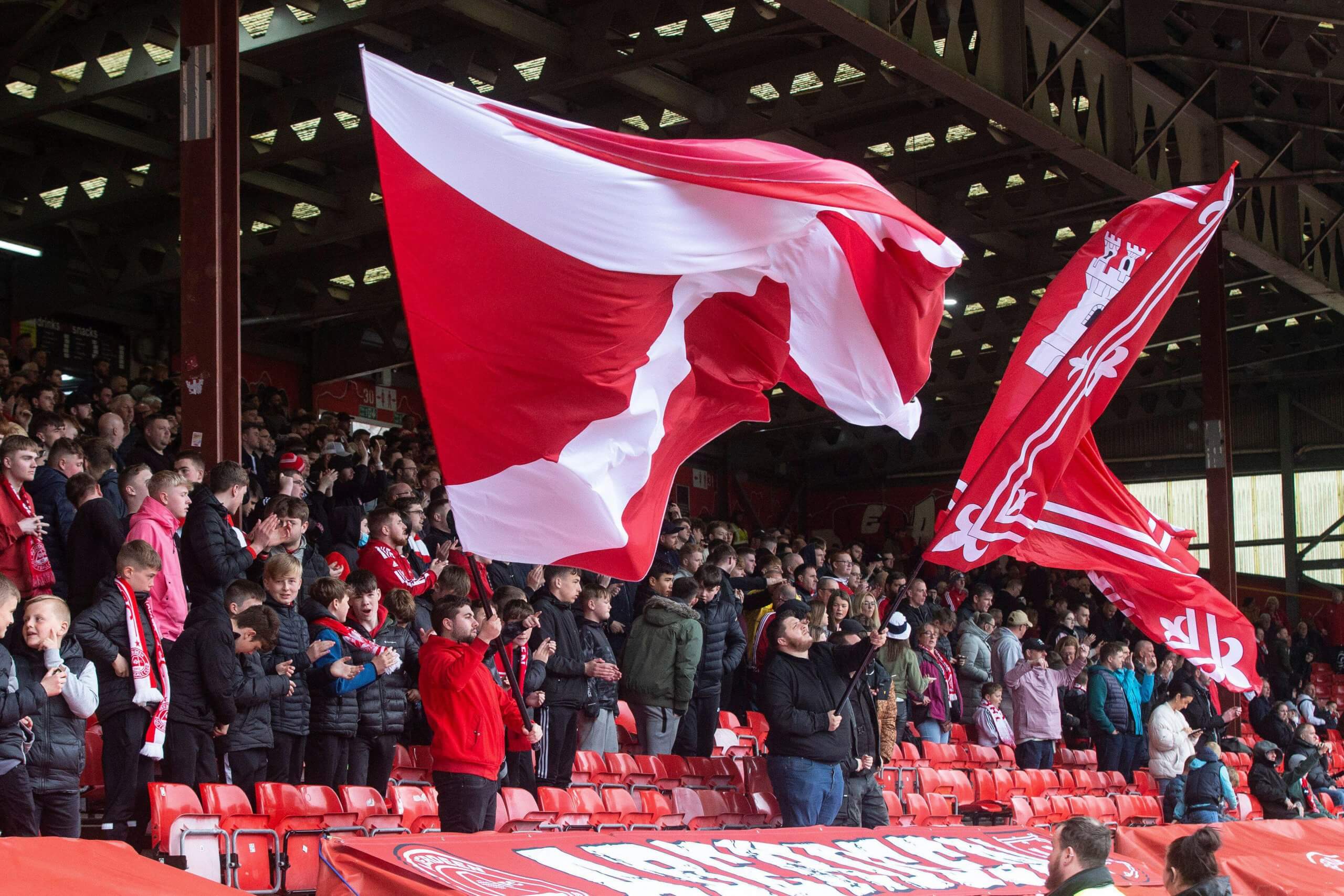 “Our performance has played a part in gift wrapping 3rd place to Hearts, which is incredibly disappointing when you consider the rewards that are on offer in terms of European football and the prospect of significant cash injections as a result.

“For our own sense of pride too, the bottom 6 is not where we should be with our budgets, and those in charge of the decision making at Pittodrie need to take some time for self-reflection on just what has gone wrong.”

The aforementioned win over Dundee was only Aberdeen’s second victory of 2022 and Goodwin’s second from nine games in charge.

Lured from St Mirren in February, the former Republic of Ireland international has struggled for early momentum in his new job.

This summer will now be crucial for the 40-year-old to put his own stamp on things with transfer speculation already swirling over possible targets.

“I think everyone is sympathetic of the situation Goodwin inherited, but at the same time, I think people expected more,” says Gavin.

“It’s been a common thread amongst Aberdeen fans that the players are better than our position would suggest, and people expected Goodwin to make things simpler for the players, take things back to basics and breed confidence so the players could have a more positive approach to games. 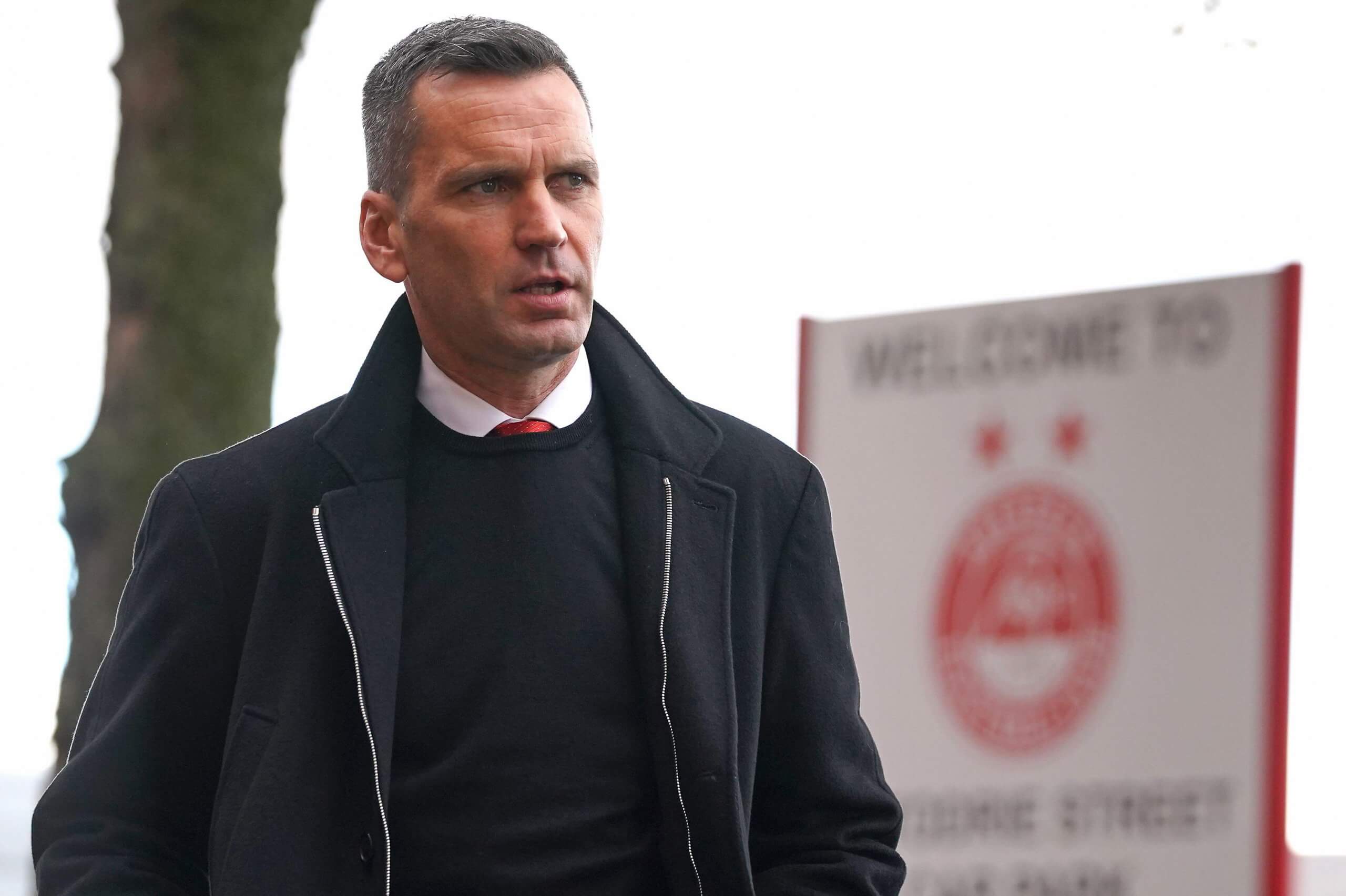 “This hasn’t been the case, but I feel most are prepared to give Goodwin the summer to bring in his own players, move out the players he doesn’t see as being part of the future at the club, and really implement his own ideas over the summer in pre-season.

“Goodwin was perhaps an underwhelming appointment and there is a degree of scepticism over whether he has the credentials to lead a club like Aberdeen.

“However, for the most part, he has conducted himself well in communicating with supporters and clearly, we want him to be successful as that means we will be talking about a successful Aberdeen team next season.

“As far as this season goes, it’s just about getting over the line and being able to put the past 12 months in the rear-view mirror.”

Goodwin has been quick to make bold decisions with Scott Brown leaving Aberdeen in March before Jay Emmanuel-Thomas was pushed out the door due to concerns over his fitness.

Club legend Andy Considine is already confirmed to be departing this summer to end his 18-year association with the club, while Mikey Devlin was freed in April. Further wholesale changes are expected at the end of the campaign.

“Obviously, you’re disappointed when a player who has given so much to the club leaves in such an unseemly way, and I hope Andy gets some real minutes in the remaining three fixtures so that he gets the send-off his time at Aberdeen richly deserves. 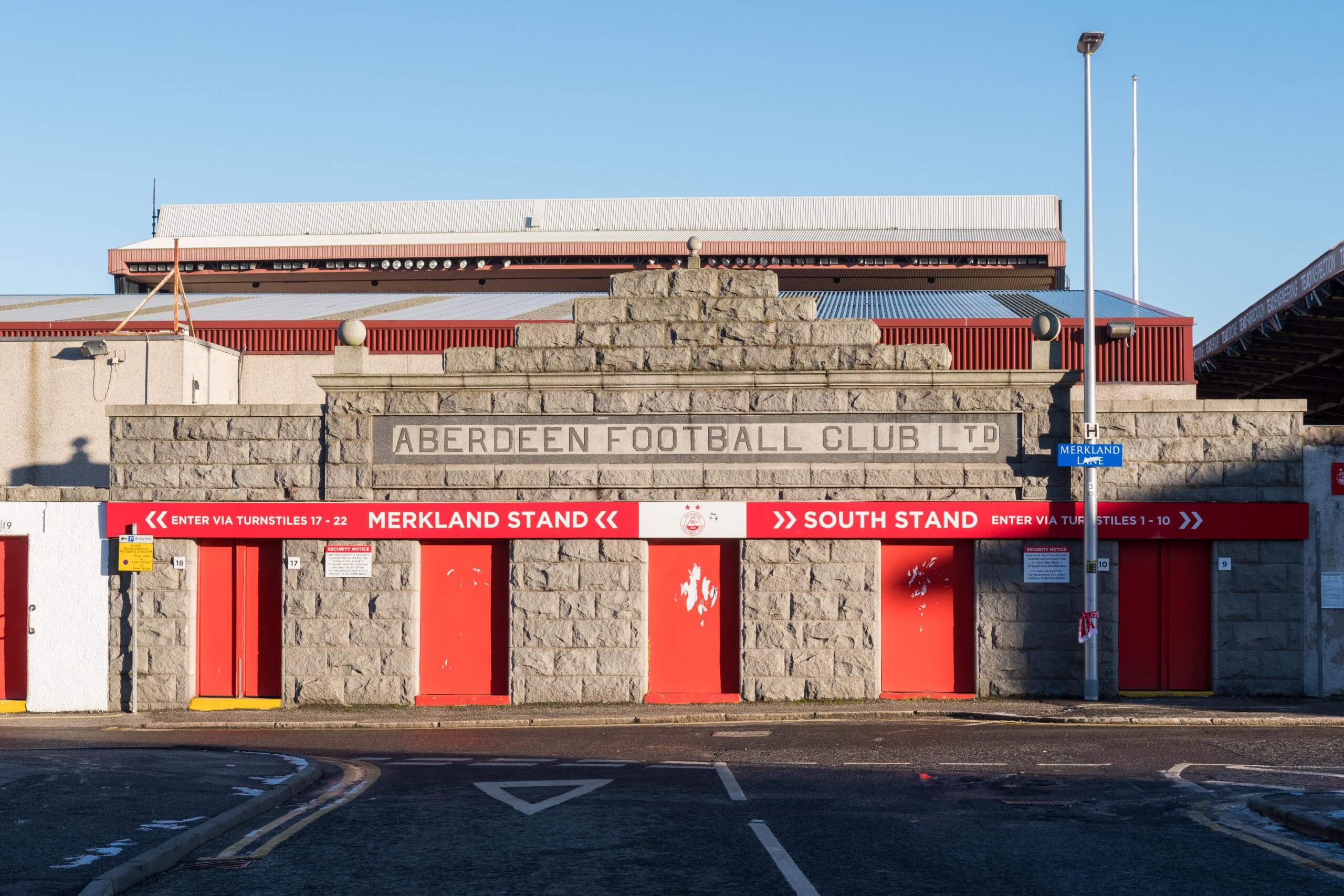 “But, I feel the club have made the right call and I think it is a sign that Goodwin is not taking prisoners – he’s prepared to make big decisions.

“It’s been made public that the players who are not part of the picture for next season have been told as such.

“When you combine that with players like Calvin Ramsay or Lewis Ferguson who will undoubtedly be on the radar of many clubs across Europe, it’s guaranteed that we will have a huge overhaul in the squad.

“Hopefully this summer, with a Head of Recruitment in position, working with Goodwin, we can find players that fit the overall ‘philosophy’ of the club, and more importantly players who have the character to play for a club the size of Aberdeen.”

Under McInnes, Aberdeen established themselves as Scottish football’s second and third force for a number of years, but a desire to play a more attractive game grew.

Glass was appointed to turn the Dons into a more modern outfit. However, his failure has raised questions over the direction the club should be heading in. 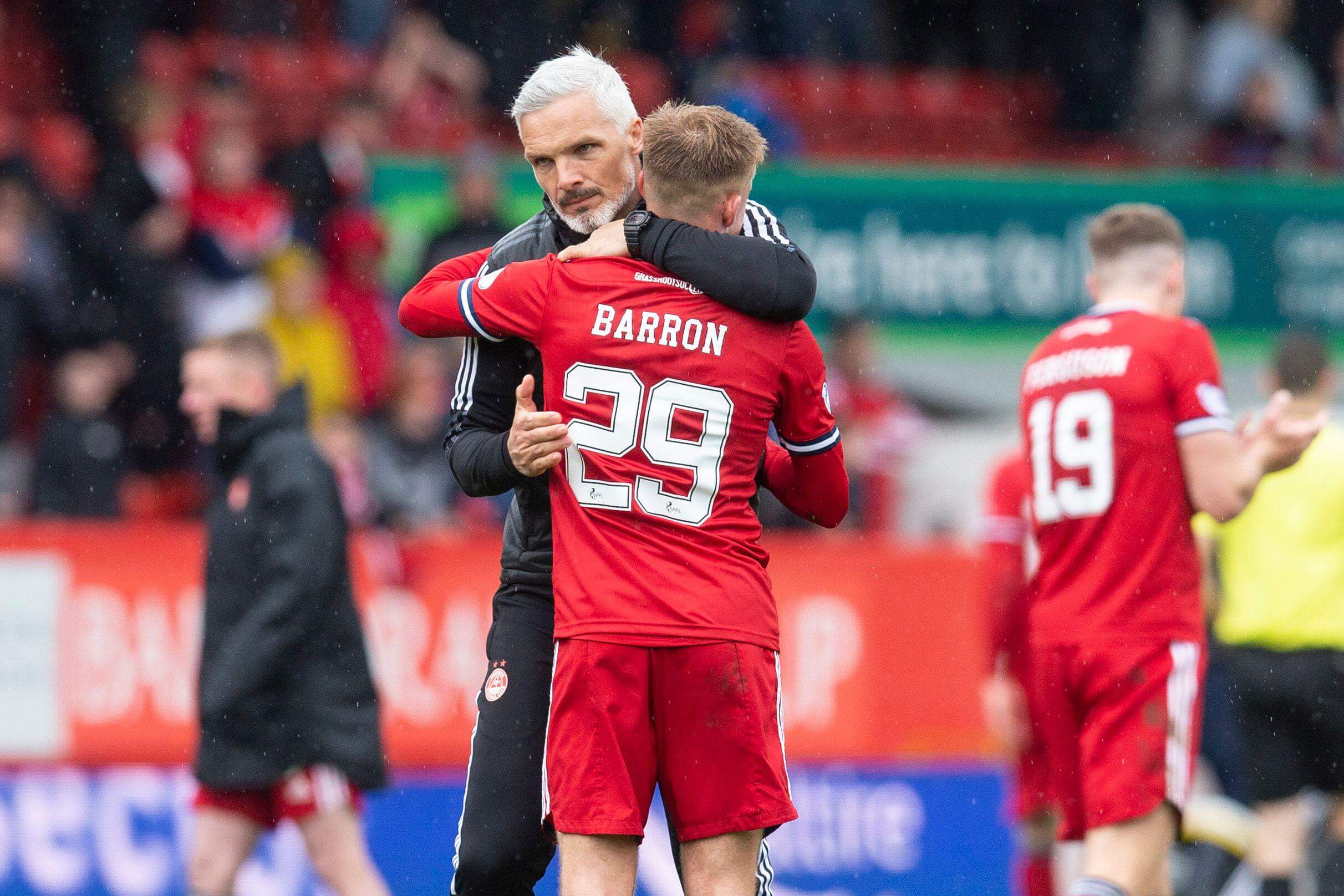 Before Aberdeen can build something new, they must decide on what sort of club and team they want to be.

“The big things would be as follows…” says Gavin.

“Decide upon a formation and style of play, analyse who is at the club that fits that system, recruit players who fit the system, stick to our principles and don’t be afraid to make mistakes on the pitch.”

Gavin adds that a centre back, a winger and a striker should be on the shopping list this summer.

The futures of Ferguson and Ramsay will also have a big bearing on the business Aberdeen conduct with both players attracting suitors from abroad. Their exit would leave holes in Goodwin’s team.

“What we can’t allow ourselves to do like last summer is sign, on paper, good players who don’t fit in with the style of play,” says Gavin.

“There needs to be a very considered approach to who joins the team, and why they are being signed.

“Above all Jim Goodwin needs to be brave, instil belief, and make Pittodrie a place to be feared for teams coming to the North-East.  It’s early days, and it’s been a rocky start, but I do think he has it in him.”

The ABZ Football Podcast’s latest episode, featuring an interview with Gothenburg Great John Hewitt, is out now. Click here to find out more.