A Star is Born: How Manchester United vs Everton introduced us to one of the greatest players ever

It's a game which pits two of the country's most successful sides against each other, but the fixture is also responsible for introducing us to one of the game's most talented individuals.

Everton’s 2-0 victory over Manchester United on March 2nd, 1991 was pretty insignificant in a season which saw Arsenal beat Liverpool to the title, but what the game did do was introduce us to one of the greatest British players of all time.

When a skinny 17-year-old made his Manchester United first-team debut, running on as a substitute for Denis Irwin, few could have known just how much of an impact he would have on the game; not just that day, or even that season, but for the next quarter of a century.

This was the footballing world’s first glimpse of a phenomenon to be, and even though Ryan Giggs’ ability was well known inside the club – due to the fact he had been playing regularly for the reserves – the effect he would eventually go on to have was beyond the wildest dreams of even the most optimistic Red.

The young Welshman was signed by United on July 9, 1990 and offered his first professional contract on the day he turned 17 in what was to be the start of a journey that would lead to a club-record 963 appearances, including 13 Premier League titles, two Champions Leagues and four FA Cups.

His influence as a substitute that day would be minimal though in a game that ended up finishing 2-0 to the visitors after Mike Newell forced in a rebound from an Andy Hinchcliffe free kick and Dave Watson pounced after a defensive mix-up; but a marker had certainly been set down in terms of the history of the club and in more ways than one. 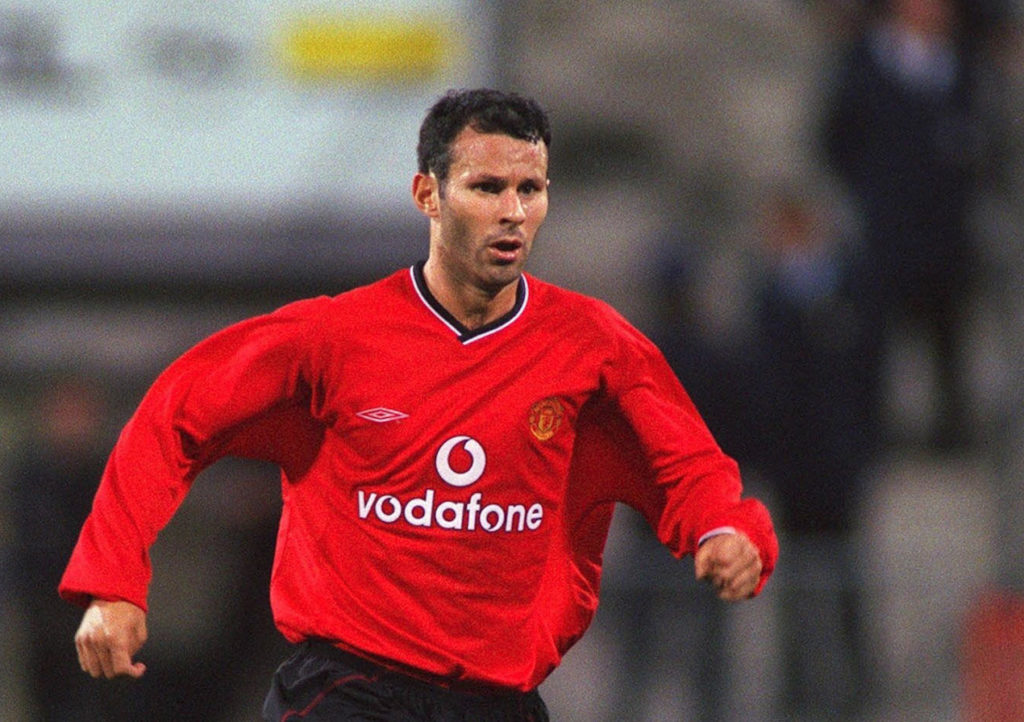 Incredibly, that would be the last time that United lost at home in the league by that scoreline for the best part of a quarter of a century, only illustrating the decades of domination which were to follow.

It was to be another two months before Giggs would make his first and only full start of the 1990/91 season which would be memorable, not just because it was against Manchester City, but because the 17-year-old would be credited with the only goal of the game.

In truth, the league campaign had been something of a forgettable one for United that season, who had kicked things off still on something of a high having won the FA Cup just three months previously and ending their five-year-long wait for a trophy.

United’s problem was that they were unable to convert good cup runs into the sort of consistent league form that a team needs in order to compete for the title, ultimately finishing 6th in the table and three points behind neighbours Manchester City – the last time that would happen for the best part of two decades.

A Rumbelows League Cup campaign provided frustrated fans with something of a distraction due to wins over Liverpool, Arsenal and a two-legged semi-final victory over Leeds, but eventually ended in disappointment after defeat to former United Boss Ron Atkinson and his Sheffield Wednesday side in the final at Wembley.

And, of course, there was to be glory in The European Cup Winners’ Cup when United defeated Barcelona in the final on a rainy night in Rotterdam, without the services of Giggs, to lift their first European trophy since Matt Busby’s 1968 side – a victory many believed kick-started United’s long period of domination in English football that would soon follow.

The flying winger would go on to become one of the players Ferguson would define as the stand-out performers in the greatest period of dominance in English football history.

Legendary Manchester United manager, Alex Ferguson, wrote in his 2015 book ‘Leading’: “I don’t mean to demean or criticise any of the great or very good footballers who played for me during my 26-year career at United, but there were only four who were world class: Eric Cantona, Ryan Giggs, Cristiano Ronaldo and Paul Scholes.”

A winner of over 20 major domestic honours, Giggs’ career spanned almost 25-years as he went on to be regarded as one of the greatest footballers, not just of the Premier League era, but of all time.