Can any of these better dad's achievements?

Having a famous father should be an advantage to wannabe professional footballers. Even if you’ve not got the talent required, dad’s surname should open a few doors.

More often than not the offspring of greats turn out to be pretty tasty too â€“ think Justin Kluivert, Federico Chiesa or Giovanni Simeone â€“ but it is far from a guarantee of a long and successful career in the game.

With that in mind, our friends at Football Whispers have profiled six sons of former superstars you might not have realised were also making their way in the game.

When your dad is Rivaldo it takes something special to make yourself known. And, last summer, Rivaldinho did just that by scoring a corker from 30 yards for Dinamo Bucharest in a Europa League tie against Athletic Bilbao.

He had previously hit the headlines in July 2015 when he and his father scored in the same Brazilian Serie B fixture for Mogi Mirim. 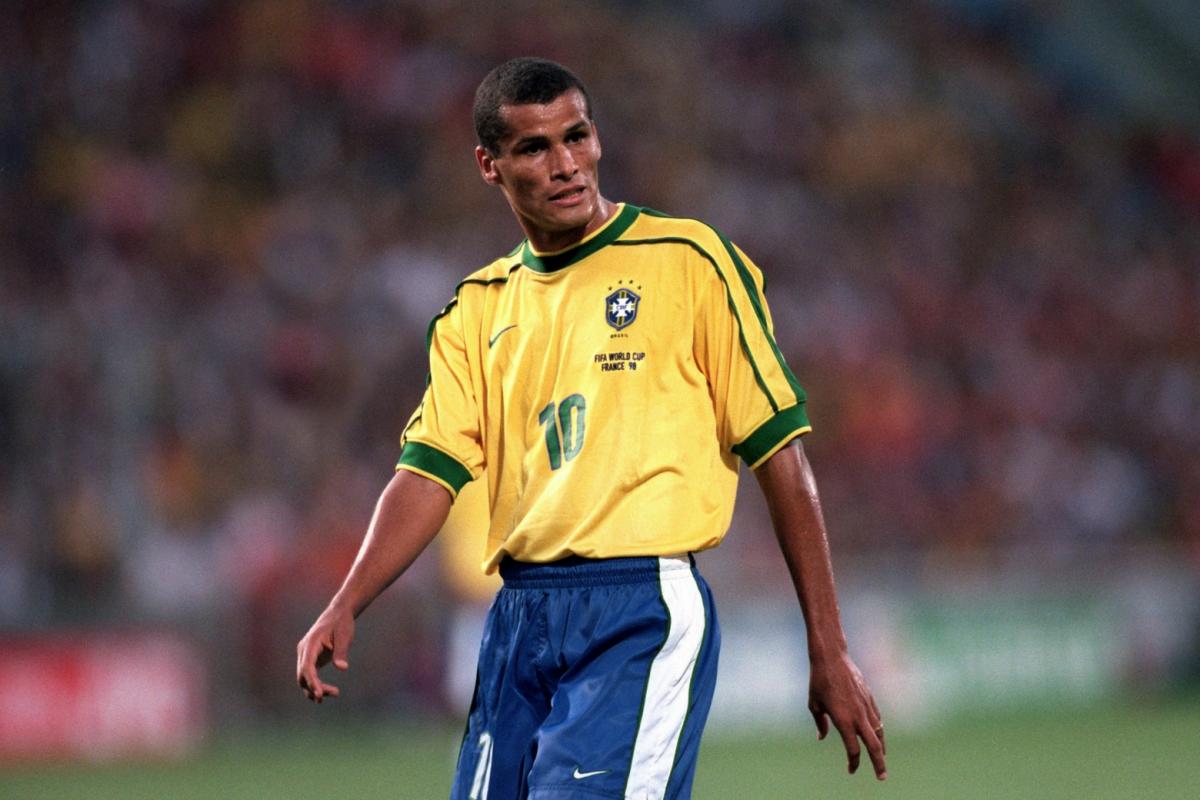 The 22-year-old has enjoyed something a nomadic career so far â€“ much like dad towards the end â€“ and, after netting five in 30 outings for Bucharest, he joined Bulgarian side Levski Sofia in January.

As things stand he has has some way to go in order to match Rivaldo’s trophy haul which includes the World Cup, La Liga, Champions League, UEFA Cup, Uzbek League and Uzbekistani Cup â€“ all the big ones.

There can be no accusations of nepotism when it comes to Enzo Fernandez’s career. The son of Real Madrid legend and coach Zinedine Zidane â€“ he took mother Veronique’s name â€“ he was let go by the 1998 World Cup winner last summer.

Named after former Uruguay international Enzo Francescoli, who was Zidane’s idol as a youngster, he is the eldest of three: Luca, Theo and Elyaz, all of whom have come through Real’s academy.

A stalwart in Real Madrid’s B team between 2015 and 2017, he made his one and only appearances for Los Blancos’ first team in a Copa del Rey clash against Cultural Leones, scoring in a 6-1 win.

Despite being called up by his father for last season’s Champions League final against Juventus he was later sold to Alaves, only to join Swiss side Lausanne-Sport in January on a free transfer.

Fiorentina have made something of a habit of signing the offspring of famous former players in recent years and currently have Giovanni Simeone, son of Atletico Madrid coach Diego, and Federico Chiesa, son former Italy forward Enrico, on the books.

And, until January of this year, they also had Ianis Hagi, the son of Romanian icon Gheorghe Hagi. However, the 19-year-old forward left Florence to return home to join Viitorul Constanta who are managed by his father.

An attacking midfielder in his day, Gheorghe Hagi remains one of the most iconic Romanian footballers of all time and lists Real Madrid, Barcelona and Galatasaray among his former employers.

Hagi Jnr. hasn’t enjoyed such an impressive career to date â€“ despite being nominated for the European Golden Boy award last year â€“ and his stint at Fiorentina totalled just two first-team outings before linking up with dad for â‚¬2million at the start of the year.

Talk about pressure. Oan Djorkaeff is tipped to represent France one day and, in doing so, would become the third generation of the family to turn out for Les Bleus.

Father Youri, who won 82 caps while representing his country and enjoyed spells at Inter Milan, Paris-Saint Germain, Monaco and Bolton Wanderers, followed in the footsteps of his own father, Jean, who turned out for Lyon and Marseille, winning 42 French caps. 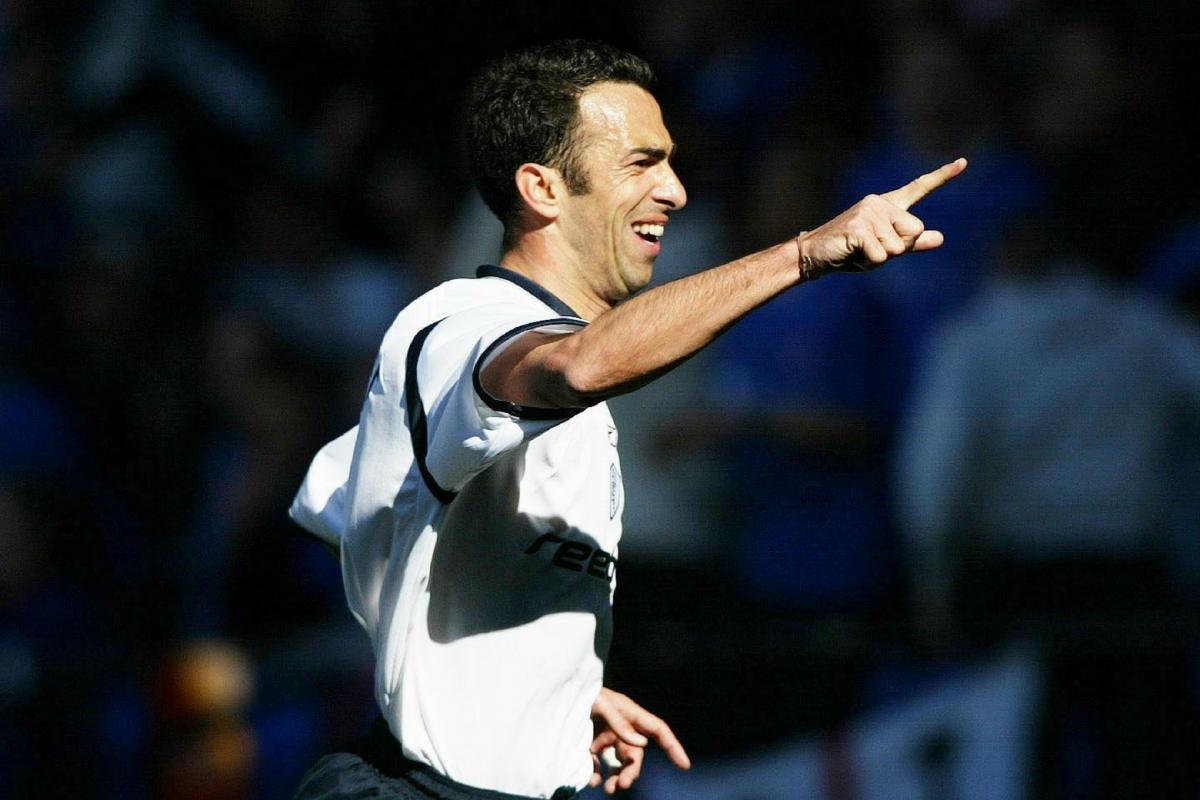 Now 20, Djorkaeff Jnr. was born in Milan while his father was turning out for the Nerazzurri and is currently on the books at Nantes where he plays for the club’s second string.

Previously with St Etienne, Evian and Montpellier, he has also been linked with a call-up by Armenia Under-21s after head coach Artur Voskanyan asked him to train with his side. â€œWe decided to invite him, and he made a good impression,â€ he said.

In the same year Didier announced he would call time on a glittering career, the Chelsea legend’s son took his first steps in the professional game by signing a deal with Ligue 1 side Guingamp.

Drogba Snr. is a Chelsea icon; one of the Blues’ greatest ever players and a hero of their first â€“ and only â€“ Champions League triumph, as well as four Premier Leagues and four FA Cups.

It’s safe to say Isaac, who signed for Guingamp 16 years after his father joined in an£80,000 move from Le Mans, has plenty to live up to if he is to achieve even a fraction of what his old man managed in the game.

Like his dad, Isaac is a forward and spent time in Chelsea’s academy. However, despite being born in France and being the son of the Ivory Coast’s all-time top scorer, he hopes to represent England. â€œHe’s French, but he said he does not want to play for Ivory Coast or France, he wants to play for England,â€ Drogba revealed in an interview in 2015.

It’s been a big year for the Weah family. Earlier this year former Milan and PSG striker George Weah became the 25th president of Liberia. But before that his teenage son, Timothy, made his debut for Le Parisians and his international bow.

Born in New York, the 18-year-old forward decided to represent the country of his birth and, in late March, came on as a substitute against Paraguay, becoming the first player born in the 2000s to play for the USA.

Aged 13, Weah Jr. had a trial with Chelsea but the Blues decided against signing him and he relocated to France where he was picked up by PSG, the club where his father won four trophies in the 1990s.

Last summer Timothy signed his first professional contract at the Parc des Princes and he has gradually been eased into Unai Emery’s squad, making his first-team bow against Troyes in March. With Ligue 1 wrapped up, he could get more minutes before the season is out.