The long-serving captain has been linked with a shock move to Australia...
Matt Gault  |  19th October 2018

After 11 years and nearly 500 games, Scott Brown’s status as a legend of Celtic is secure.

The notoriously no-nonsense Scot is so deeply woven into the fabric of the football club that it’s difficult to imagine him anywhere else.

But Brown won’t be around forever and the midfielder may have a decision to make following reports that A-League side Western Melbourne are plotting an ambitious bid to lure the 33-year-old, whose contract expires next summer, away from Parkhead.

While he is rightly considered Celtic’s heartbeat, Brown is not irreplaceable. Rodgers has plenty of options in midfield but it would be no surprise if the club dipped into the transfer market to strengthen. With that in mind, our friends at Football Whispers look at five men who could step into his shoes should he depart for Australia.

An impressive midfielder with a big future ahead of him, Campbell has attracted praise for his performances at Motherwell.

Still only 20, Campbell has been with The Steelmen since he was nine and enjoyed a breakthrough campaign last year, making 36 appearances in all competitions as the club finished runners-up to Celtic in both cups.

An energetic, tough-tackling midfielder, Campbell possesses more of a goal threat than Brown but certainly has the skill-set to emulate Brown’s craft; simple, crisp passing and plenty of tenacity.

A player of considerably more experience, McCarthy’s future at Everton is uncertain.

The Glasgow-born Republic of Ireland international has been out injured after breaking his leg against West Brom in January and may find it difficult re-establishing himself in the first-team at Goodison Park.

Marco Silva seems to have settled on Idrissa Gueye and Tom Davies as his first-choice pairing in midfield and, with summer signing Andre Gomes still to enter the fray, McCarthy may explore the possibility of a new challenge.

Disciplined, consistent and tactically astute, McCarthy would be an excellent option for Celtic. He’ll turn 28 in November, so could realistically offer the Hoops 4-5 years of faithful service.

Having spent ten years in the North East of England with Sunderland and Newcastle, Colback’s career has been given a much-needed adrenaline shot on loan at Nottingham Forest.

The 28-year-old initially joined Forest in January and returned for a second loan stint in the summer and has been a key member of Aitor Karanka’s squad, who currently lie fifth in the Championship.

With plenty of top-flight experience in the Premier League, Colback certainly has the attributes to bolster Celtic’s midfield. Although not the most glamorous player, his work-rate, positional sense and defensive diligence could be an asset to Brendan Rodgers post-Brown.

We’ve been here before. A lot of Scottish football observers seemed convinced that McGinn’s move to Celtic was written in the stars.

Hugely impressive under Neil Lennon at Hibs, the Scotland international was anointed Brown’s long-term successor despite obvious differences in their playing style.

Brown himself approved of Celtic’s pursuit of the 24-year-old before Aston Villa swooped in and snapped him up.

And while McGinn has relished the chance to play in England, Villa’s struggles this season may force him into a rethink. If Celtic can offer Champions League football next season, the former St Mirren man may yet arrive at Parkhead. Better late than never.

A towering midfield presence, Romeu’s place in the Southampton starting XI is not as assured as it once was, having started only three Premier League games for the Saints this season.

Mark Hughes has preferred a midfield pairing of Mario Lemina and Pierre-Emile Hojbjerg and, presumably not content with a place on the bench, the former Barcelona and Chelsea man could be tempted away from St Mary’s.

Back Celtic to beat RB Leipzig in the Europa League next week at 6.05 with FansBet*

The 27-year-old has a reputation as being hard-as-nails but is also a shrewd passer. Last season, he ranked 22nd among Premier League midfielders with 47.1 accurate passes per 90. He also ranked fourth, ninth and 14th in aerial duels won, interceptions and tackles per 90, an output in key statistics that could be enough to attract a club like Celtic.

If Rodgers wants an aggressive, tough-tackling presence in the centre, Romeu would be a strong option. Having lost his way at the Saints recently, going north of the border could do for his career what it did for Scott Sinclair and Moussa Dembele.

PAUL ROBINSON’S PREMIER LEAGUE PICKS: Check out enhanced odds on our ambassador’s tasty treble 20th September 2018 It was a tough weekend for my treble last week,… 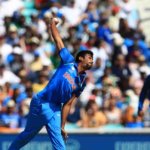 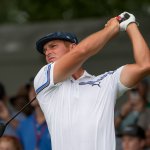 A Military Tribute at The Greenbrier: New Season Begins in West Virginia 10th September 2019 After just two weeks off, the PGA Tour returns for…

The clash between Liverpool and Manchester United at Anfield was one of the greatest in years. Here's why...