The likes of Viv Richards, Malcolm Marshall and Gordon Greenidge secured a 4-0 series win back in 1988 against Mike Gatting's side, the last time they tasted victory on English soil.

When the West Indies arrived in England in 1988 they were unbeaten in a Test series for eight years and still regarded as the best team on the planet, hard to believe then that their win would be the last on these shores over three decades later.

Despite being considerably less intimidating than their past teams of the 1970s and 1980s, the West Indies remained a potent force and still the number one team in the world when they rocked-up in England for a five-Test series in the spring of 1988.

But this was something of a side in transition from the invincible team of the mid-80s with both bat and ball, suggesting that Viv Richards’ side may not be as dominant as they had once been.

Both Gordon Greenidge and Viv Richards were in their late 30s, while Carl Hooper and Gus Logie were now trying to establish themselves at this level.

The bowling attack was spearheaded by Courtney Walsh and the late great Malcolm Marshall, but Ambrose had only played three Tests, while Winston Benjamin had only just four and Patrick Patterson 11. 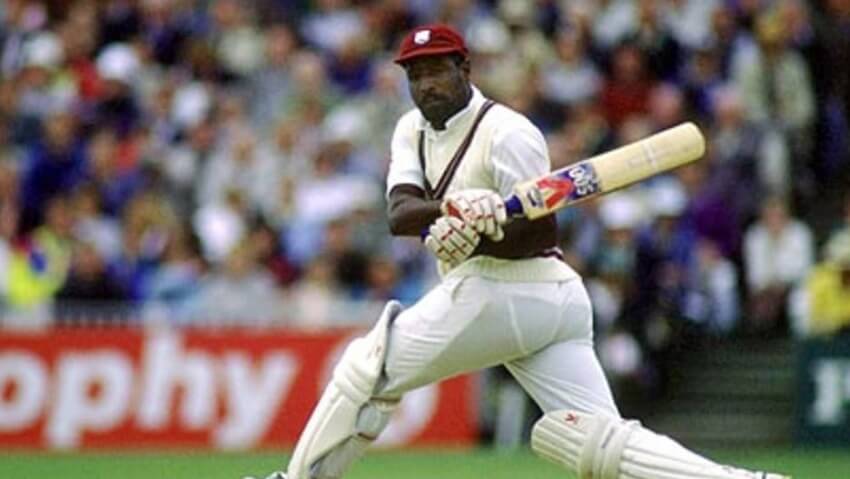 Having arrived in England on the back of four drawn series in Pakistan, New Zealand and India, the West Indies had also drawn at home against Pakistan, but were still considered firm favourites to take the spoils.

That could have been as much to do with England’s failings than the threat offered by the tourists though, with the hosts reeling somewhat under their new skipper.

Apart from their 1987 Ashes victory, England were in a sorry state and the brave new era of Mike Gatting’s captaincy was hardly a resounding success, indeed, since he was appointed skipper in 1986, his record stood at won 2, drawn 15, lost 5.

However, a somewhat promising start at Trent Bridge in the opening match of the series had seen England race to 125-0 before eventually being dismissed for a disappointing 245 with Marshall bagging 6-69 and Ambrose 4-53.

In response, the tourists posted an imposing 448 with Hooper making 84, Richards 80, Marshall 72 and Desmond Haynes 60, only for rain to intervene and spare England, while also earning them their first Test draw with the West Indies since 1981. 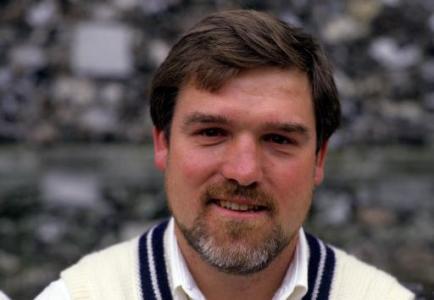 England’s Skipper Mike Gatting was dropped for the second Test at Lords with Middlesex teammate John Emburey leading the side, the first of several captaincy changes the home side would make which summed up that sorry summer.

An impressive 134 run victory, thanks in part to a  magnificent display of bowling from Malcolm Marshal, who finished with 6-32,  along with batting cameos from Gus Logie (81) and Jeff Dujon (53) secured a 1-0 series lead for Richards’ side.

Gatting returned as captain for the third Test at Old Trafford as the West Indies won by an innings and 156 runs after England batted first and made 135 with Marshall, Ambrose, Walsh and Benjamin all sharing the wickets.

England were blown away for 93 in their second innings with Marshall continuing a wonderful series with figures of 7-22.

In the fourth Test at Headingly England made seven changes, dropped John Emburey and reinstated Gatting, but it didn’t seem to affect the tourists who won the game by 10 wickets thanks again to their fearsome bowling unit. 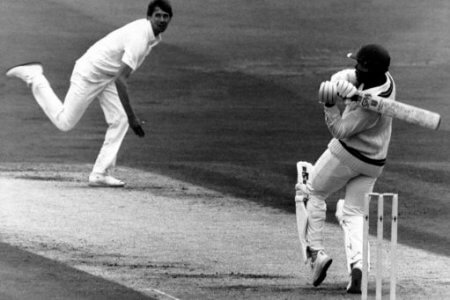 The West Indies registered another emphatic win at the Oval in the fifth Test after England were bowled out for 205 with Ambrose (3-31), Harper (3-50) and Marshall (3-64) again doing the damage.

In reply the tourists made 183, with Dujon making 64 before Benjamin grabbed 4-51 as England were skittled for 202 and set 226 to win, Greenidge and Haynes each made 77 as the West Indies’ 8 wicket victory not only sealed a 4-0 series win, but left England without a victory in 19 Tests.

The tour win in England was followed by an equally impressive 3-1 victory in Australia that winter which gave little indication of their gradual decline, while back in the Caribbean two years later the West Indies again defeated England, this time 2-1.

But when Australia clinched a series win in Jamaica in 1995, it ended an era of dominance during which West Indies went some 15 years without losing a single Test series and in all honesty, have never been the same again.

So with a 1-0 lead under their belt after victory in Southampton, the likes of Jason Holder, Shannon Gabriel, Jermain Blackwood, John Campbell and Kemar Roach know they have history at their fingertips.