1939: The last time the English league was in lockdown

Blackpool were top of the First Division in September 1939 with three wins from three, only for the outbreak of World War II see football suspended for six years, perhaps robbing the Seasiders of their first-ever league title.

In September 1939 Blackpool had won all three of their opening First Division games and sat proudly at the summit of English Football’s top-tier as they eyed their first-ever league championship – only for football to be put on hold for the next six years.

The Seasiders had beaten both Brentford and Wolverhampton Wanderers 2-1 at Bloomfield Road as well as earning a hard-fought 1-0 away victory at Huddersfield Town, giving them the only 100 per cent record in the division.

By Saturday, September 2nd, the day after Germany invaded Poland, they sat proudly at the top of the tree, ahead of Sheffield United in second, Arsenal in third, Liverpool in fourth and reigning champions Everton in fifth.

Charlton Athletic sat ahead of Manchester United while Leeds United’s winless start to the campaign saw them at the foot of the table.

In the Second Division, Tottenham Hotspur and Manchester City were both sitting in mid-table obscurity having recorded mixed results in their opening handful of games that season

But as hostilities increased, the outbreak of the Second World War intervened, and the Football League programme was abandoned indefinitely just 24-hours later. 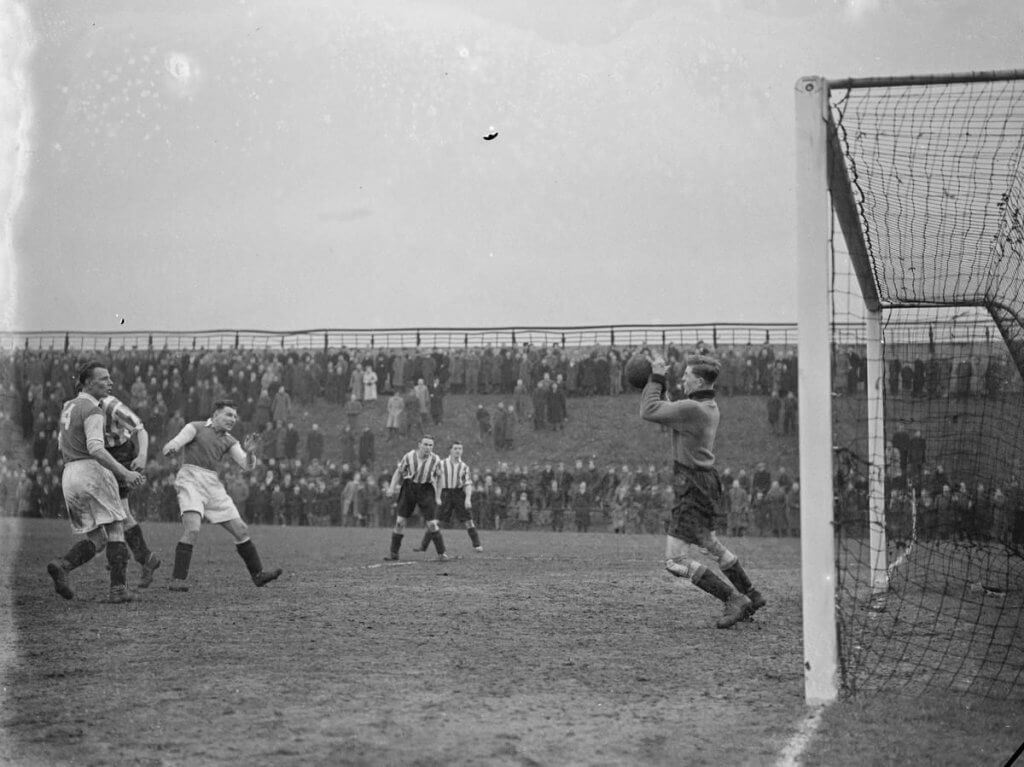 Some teams continued their fixtures in the early months, utilising over 150 different players in that time, as many of their original line-ups had been called up to the war effort, though most clubs simply gave up and withdrew of their own accord.

However, although top-flight football didn’t return until the end of the conflict with the 1946/47 season being the first full-term, while the FA Cup returned a year earlier – fans were not completely starved of action.

With the sport deemed to be a positive influence on the morale of both soldiers and civilians a number of regional leagues were created in order to keep crowds entertained when keeping calm and carrying on simply wasn’t an option.

There were limitations though as the government imposed a 50-mile travelling limit and a spectator limit of 8,000 fans per match in order to protect public safety, though this was later relaxed.

The fact that a huge number of football grounds had been bombed during the early stages of the conflict, including both Nottingham grounds, Sunderland’s Roker Park, Southampton’s Dell and Sheffield United’s Bramall Lane, not to mention West Ham’s Upton Park and Millwall’s Den, teams were forced to share with their nearest neighbours.

Traditional hostilities were forgotten with Tottenham sharing White Hart Lane with Arsenal when Highbury was requisitioned as a first-aid training centre and became the headquarters for north London’s air raid precautions. 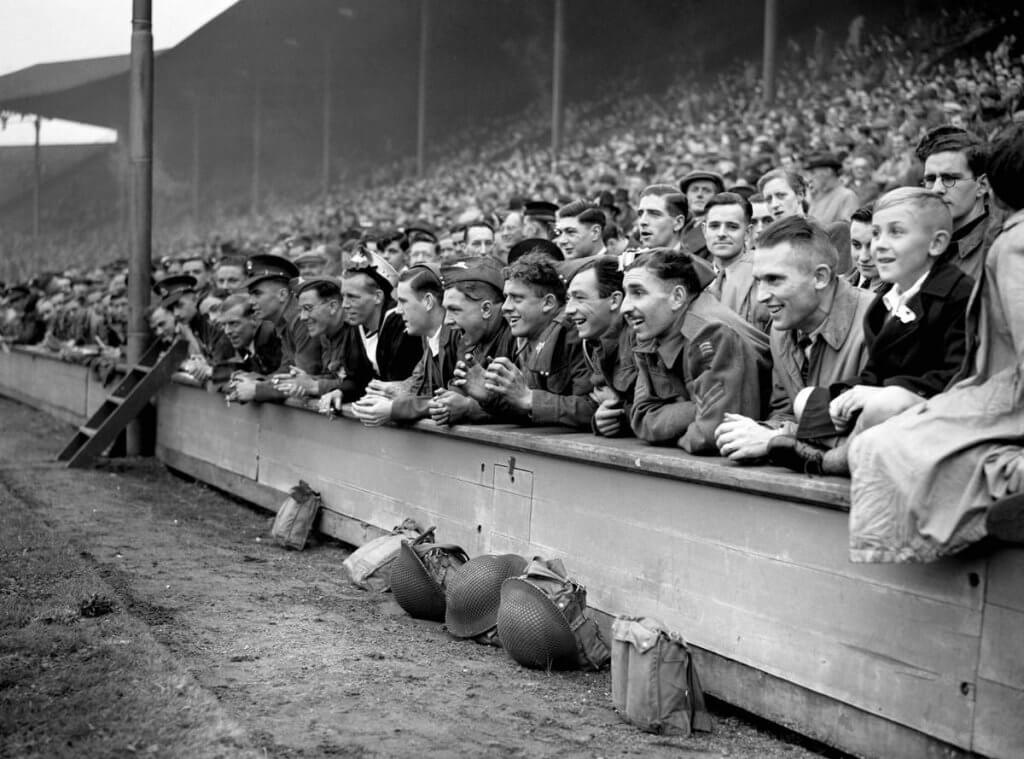 A number of regional divisions were created: north west, south west, north east, Midlands, east Midlands and west of England. Four equal-tiered southern divisions were set up to accommodate the many London clubs, while the FA Cup was replaced with the Football League War Cup.

Many of the stars of the day were now fighting for their country with a total of 784 footballers joining the national war effort between 1939 and 1945, including 91 Wolverhampton Wanderers players, 76 from Liverpool and 65 from Huddersfield Town.

As a result, the contract situation was revised with the FA abandoning the idea of player contracts and allowed clubs to bring in ‘guest players’ for particular matches to help clubs desperately short of numbers.

A notable debutant in the Wartime League was Centre forward Jackie Milburn who made his career debut for Newcastle United in 1943, scoring a total of 38 goals in the next three years and going on to become a goal-scoring legend for both club and country thereafter.

Legendary Liverpool manager Bill Shankly also played wartime matches, turning-out for Norwich, Arsenal, Luton and Partick Thistle, despite playing pre and post-war football for Preston North End and even turned out once for Liverpool in a 4-1 win over Everton at Anfield in May 1942.

But many teams still struggled to produce a full squad and resigned their matches with league points often decided by adding up by goal average or appearances as opposed to match results. 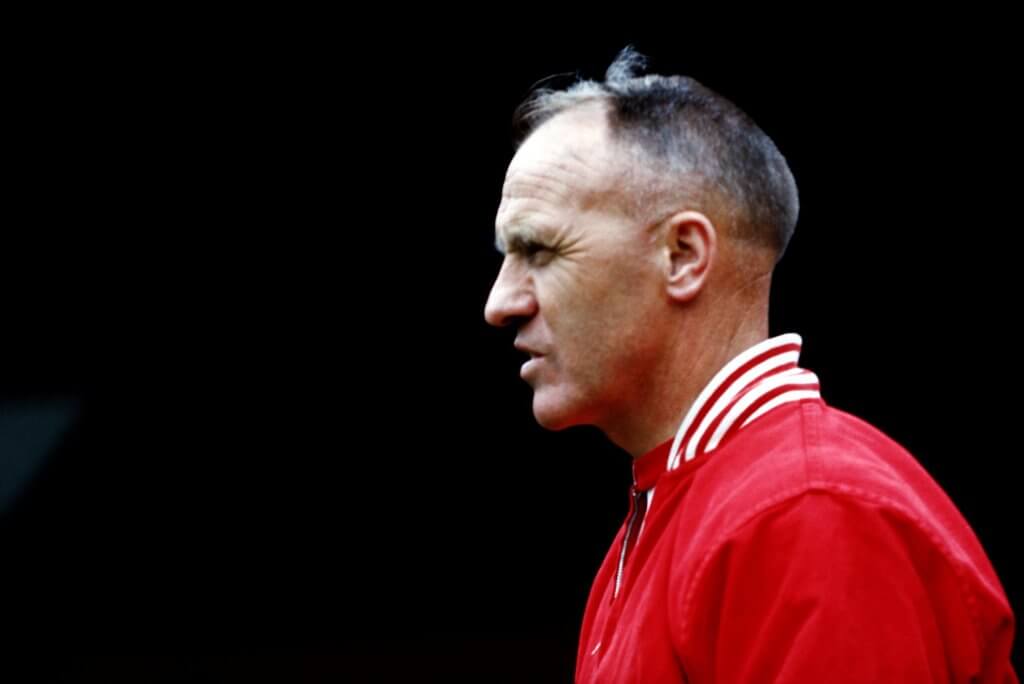 Excitement was rather thin on the ground too, though there were a couple of notable highlights, not least Wolves winning the Football League War Cup in 1942, beating Sunderland 4–1.

And when  Preston North End needed to win their last game against Liverpool to lift the North Regional League title in 1941, a nineteen-year-old called Andrew McLaren made a name for himself by scoring all six goals in a 6–1 victory.

Following Germany’s surrender in May 1945, the FA Cup returned for the 1945/46 season while the regional leagues continued for one more season with just a North and South division.

The Traditional top-four division format returned for the 1946/47 season – a campaign which saw Liverpool crowned champions in mid-June after one of the harshest winters on record had brought about huge fixture congestion after Christmas..

Sadly for Blackpool, however, their time had come and gone, for now at least, and although they would go on to win the FA Cup final against Bolton at Wembley in 1953 courtesy of Matthews and Mortensen – they are still to win the English top-flight title.